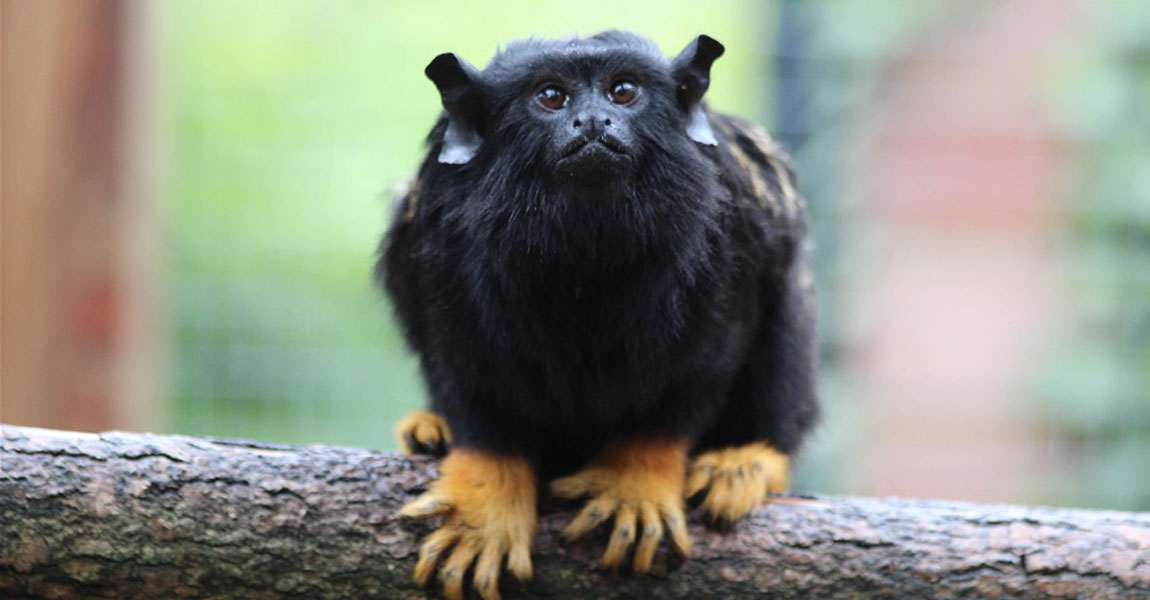 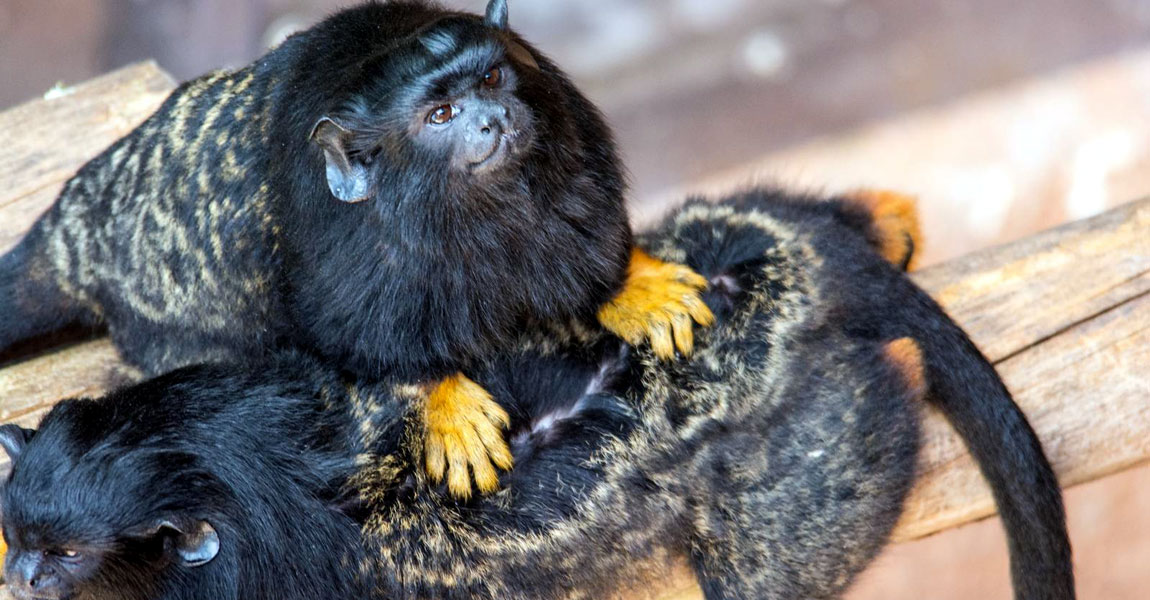 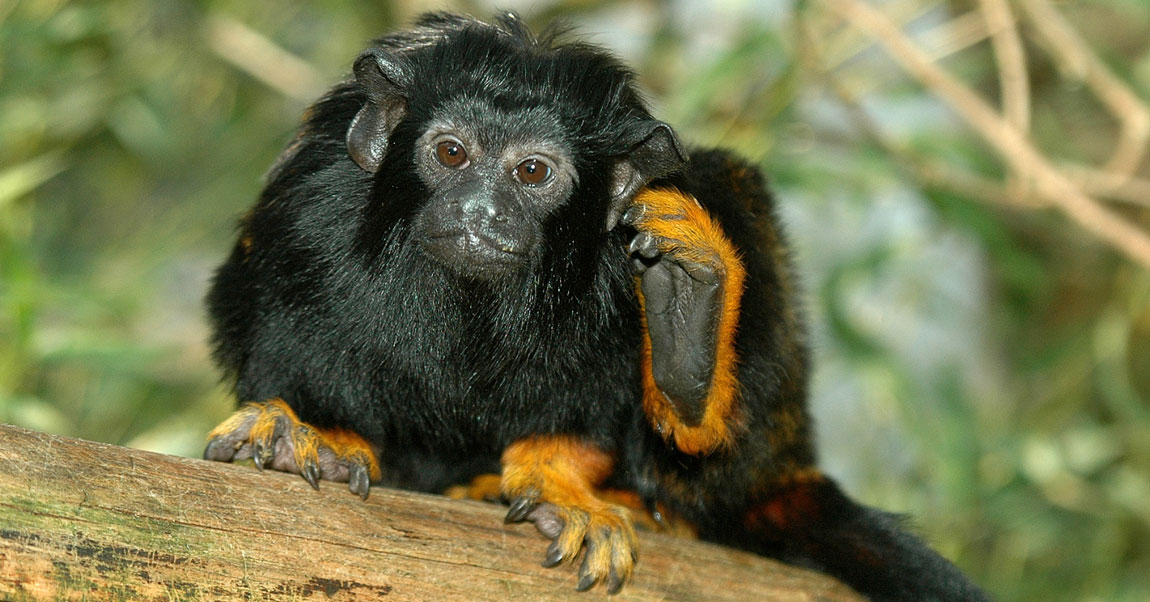 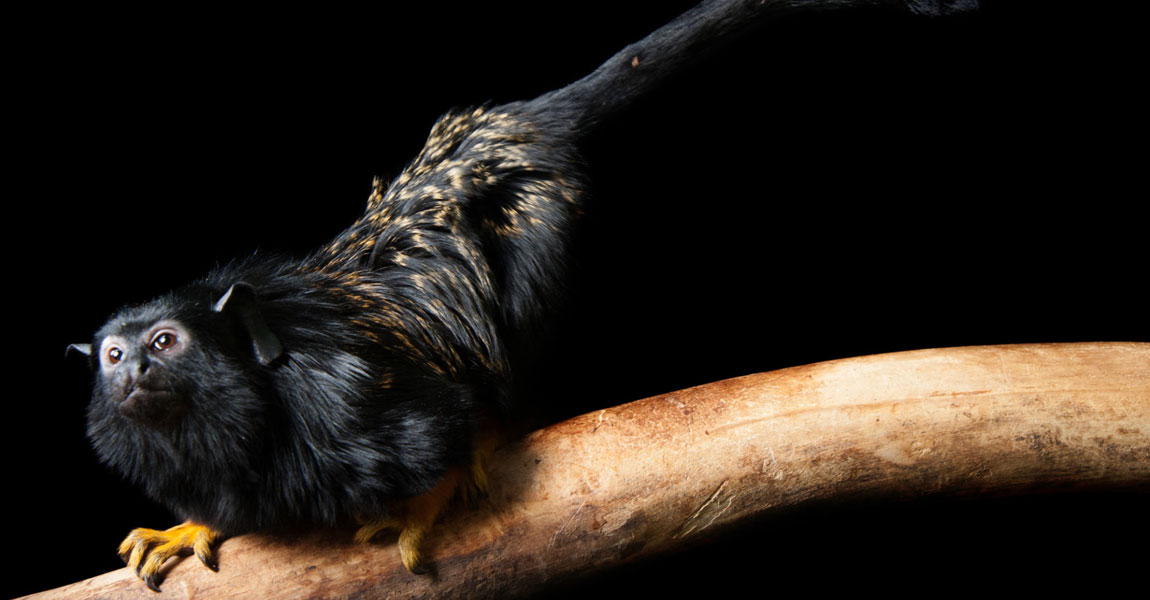 The golden-handed tamarin (Scientific name: Saguinus midas), which is also known as the red-handed or Midas tamarin, is native to the northern forests of the Amazon River and are very small and agile monkeys. weighing in under 0.5kg's and, head to tail, measuring in at only 31-44cm.

The golden-handed tamarin is completely exceptional at climbing and spends most of its time high up in the branches of the trees. Because of its lightweight body, it is extremely quick and can jump astounding distances of over 18m from the treetops to the ground with no sign of injury whatsoever.

These monkeys are omnivores and are very opportunistic feeders. Its diet consists of everything from fruits, flowers and plants, all the way through to insects, frogs, spiders, and small reptiles. Its natural predators include birds of prey, snakes and because of their size, even small cats.

Usually decked out mostly in dark brown or black fur, while their faces are virtually hairless with their big ears sticking out of the fur, the golden-handed tamarin has an extremely unique feature, in which it seems to be wearing gloves and boots of the softest golden orange hue. This feature is the main reason for this monkeys common name.

In the wild, golden-handed tamarins can be expected to live for approximately 10 years. While in captivity, this life expectancy can reach anywhere up to 16 years.

They are very cooperative community monkeys and will usually be found in troupes of 4-15 members. Because of this cooperative feeling, there is very little aggression between group members. Even when it comes to breeding males. Only one female in the troupe will breed during the breeding season while all the others will suppress the instinct. After a period of 140-170 days, the mother gives birth to a typical number of 2 babies. Strangely enough, the father of the babies usually becomes the primary caregiver (with the entire troupe also helping out and caring for them) and only hands the baby back to its mother at feeding times.

Golden-hands are very defensive in protecting their territory - and one another. If one member of the group gives out a threat call, all of the others will rush to its defence. They have sharp canines, and claws instead of fingernails (except on the large toe) to help in the protection of themselves and each other.