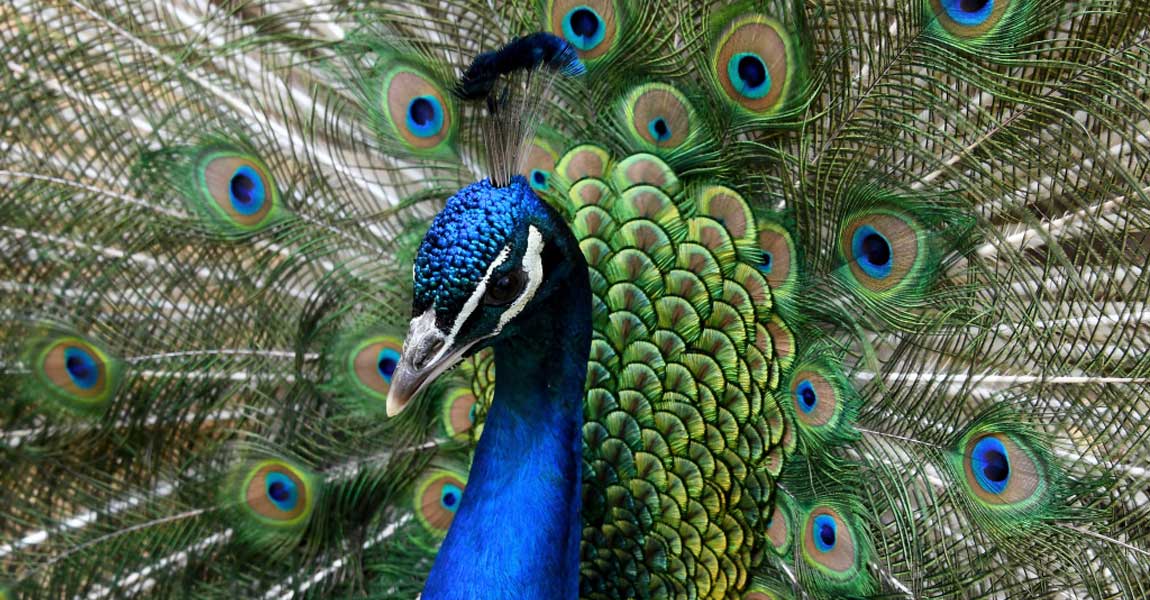 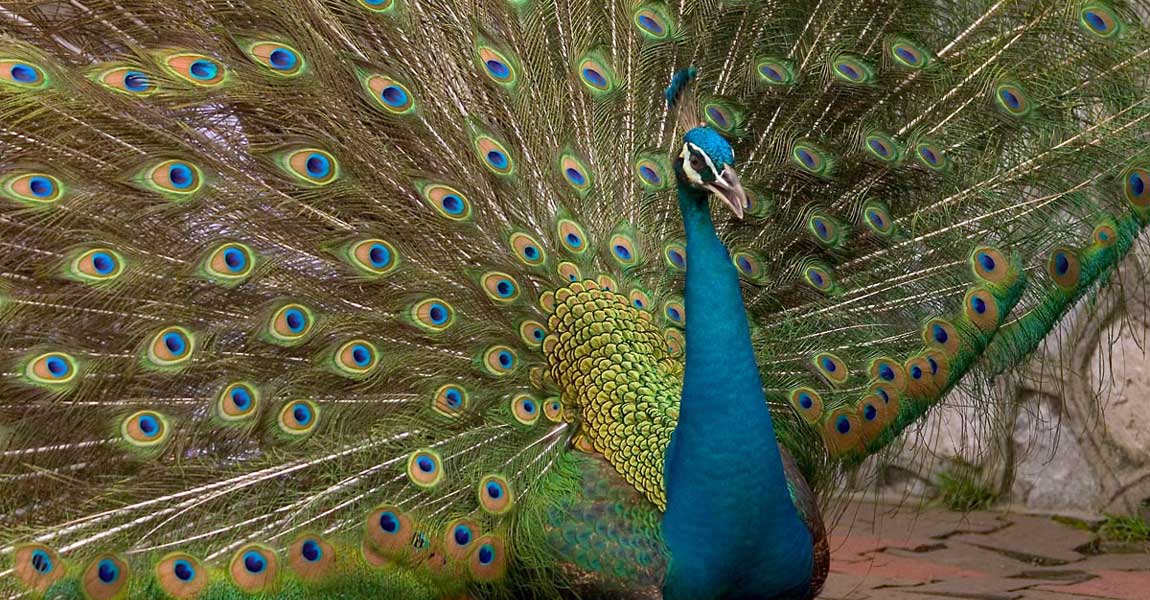 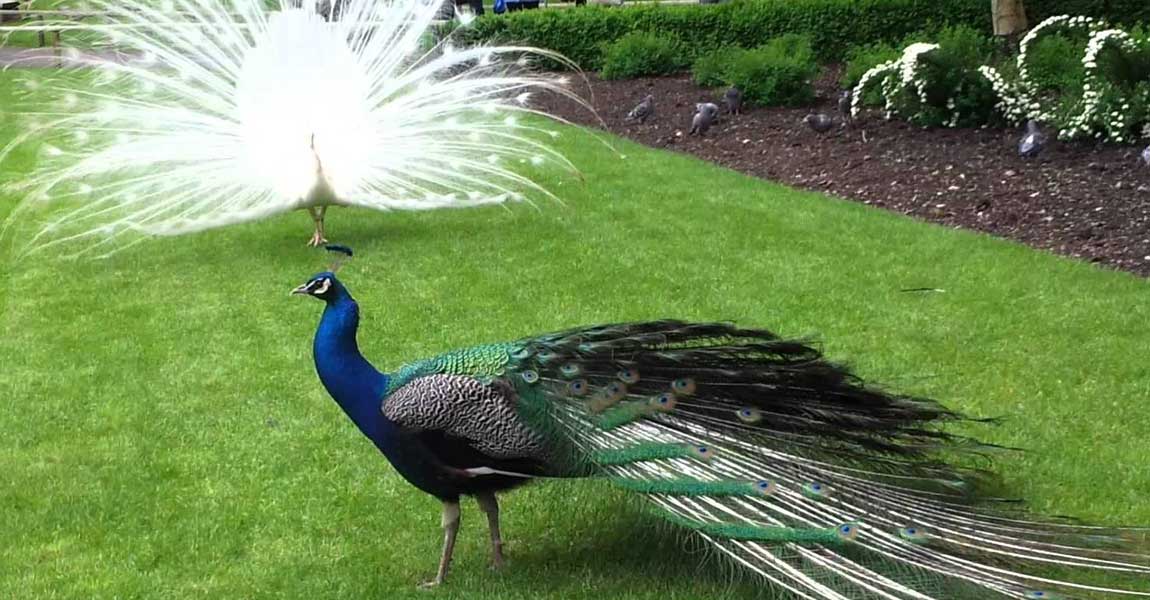 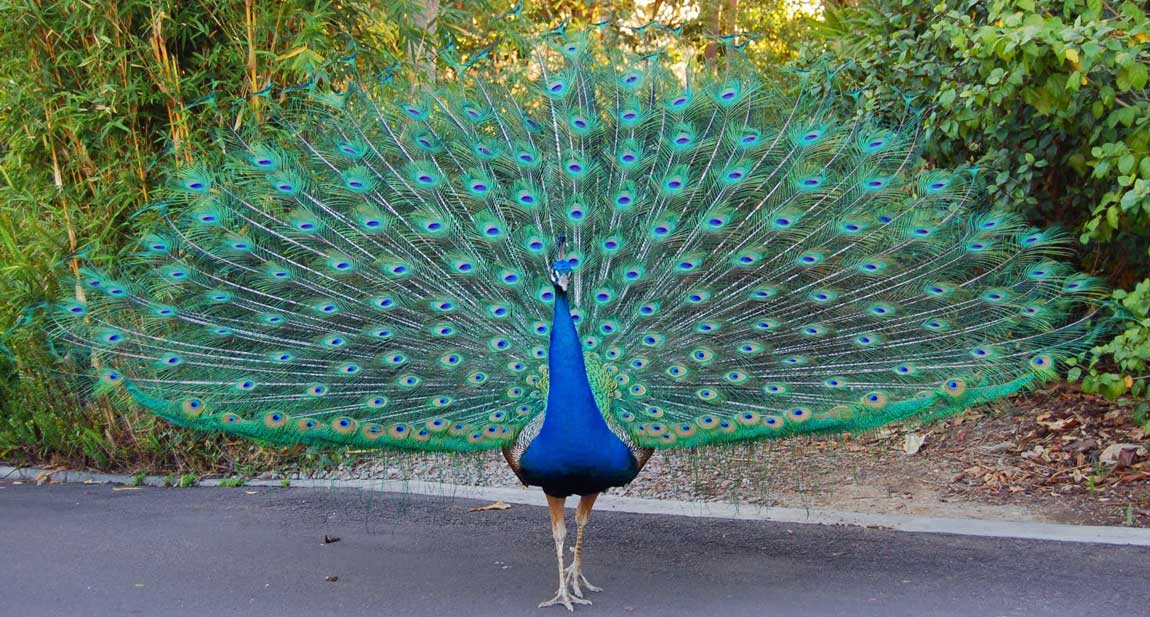 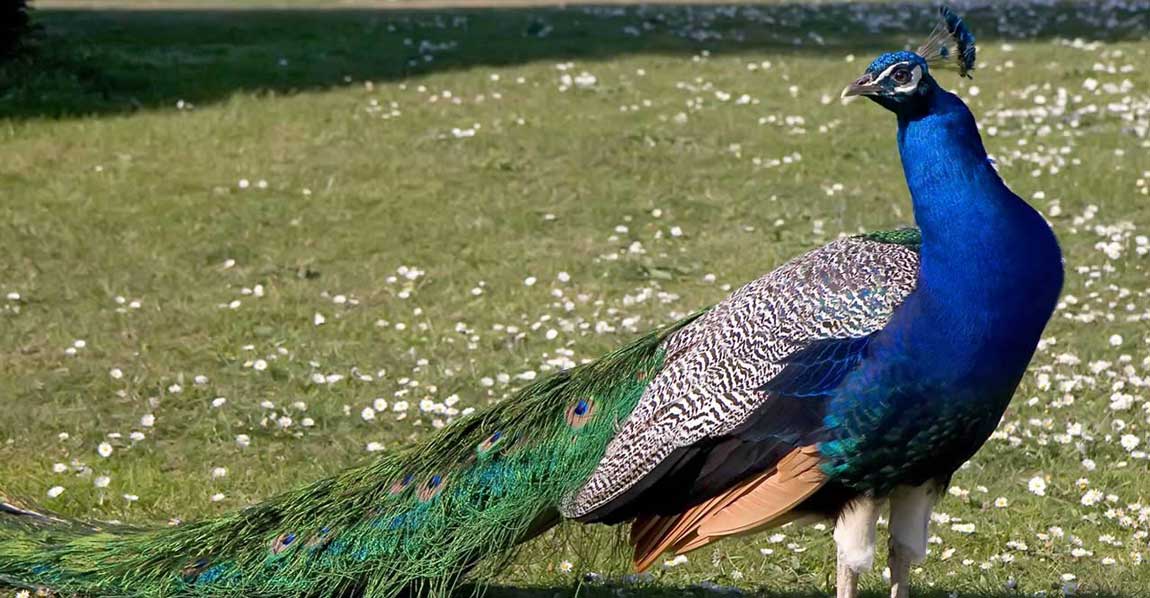 The peacock, native to the Indian subcontinent, but now found worldwide, is a large elegantly attired bird. it can reach a length, from bill to tail, of 100-115cm. Or, including their train of feathers can be a length of 195-225cm long. These birds can weigh in at 4-6kg's, although the females are generally smaller.

The male peacock is a brightly coloured metallic blue and has a mostly blue fan-like crest of wire-like feathers on its head. The peacocks long train, made up of stunning feathers, is its most noticable attribute. These long tail feathers, which look as though they have eyes on them, can be made to stand up into a majestic fan behind the males head. This is commonly used to attract a females attention when it is mating season. The females lack this long train of feathers and are also less colourful than the male.

Peacocks are mainly ground birds, but they do nest in trees. Their loud calls make them easy to find and often indicate that there is a threat in the vicinity. As omnivores, the peacock will eat grains, seeds, insects, smaller mammals like mice, reptiles and even snakes.

Peacocks typically lay a clutch of around 4-8 eggs, which are incubated exclusively by the female for about 28 days until they hatch. The average lifespan of a peacock in the wild is only around 15 years. However, in captivity, they have been known to live for around 23 years.