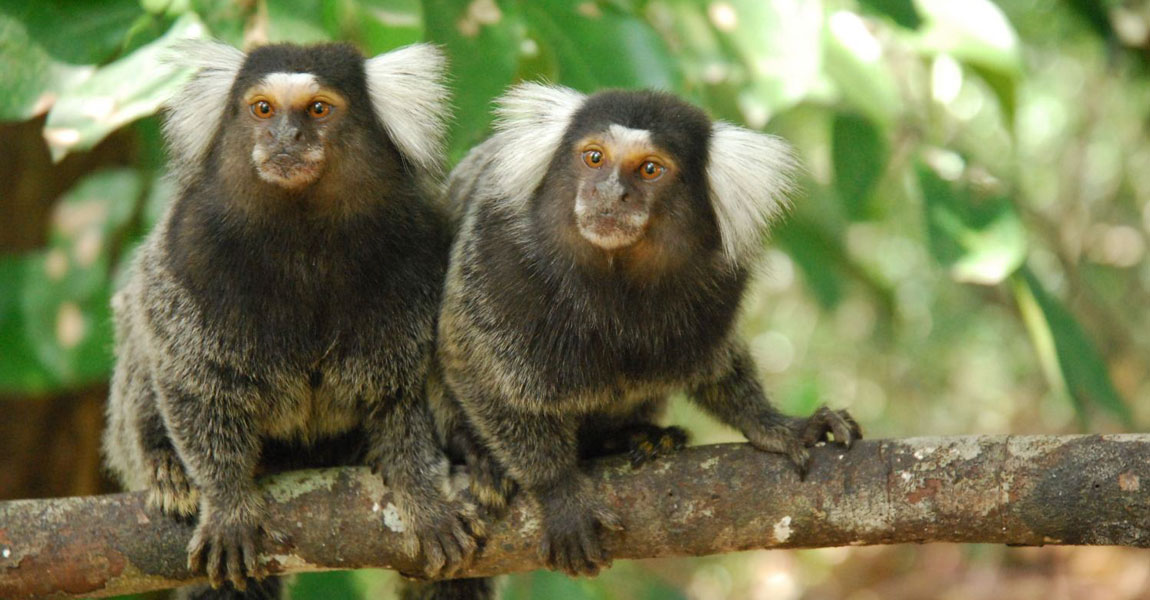 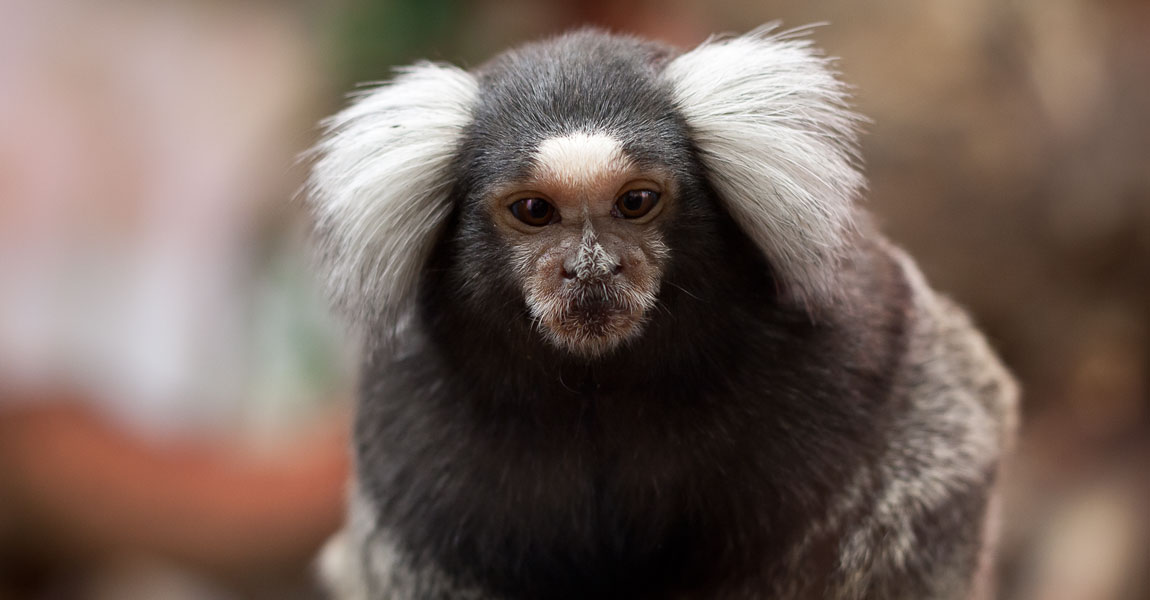 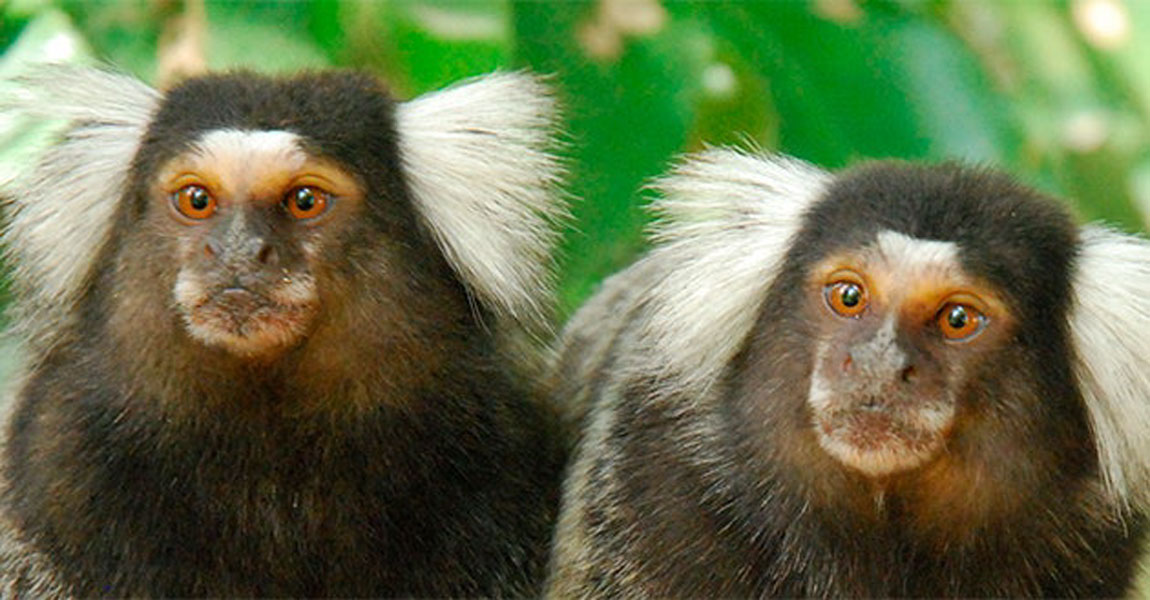 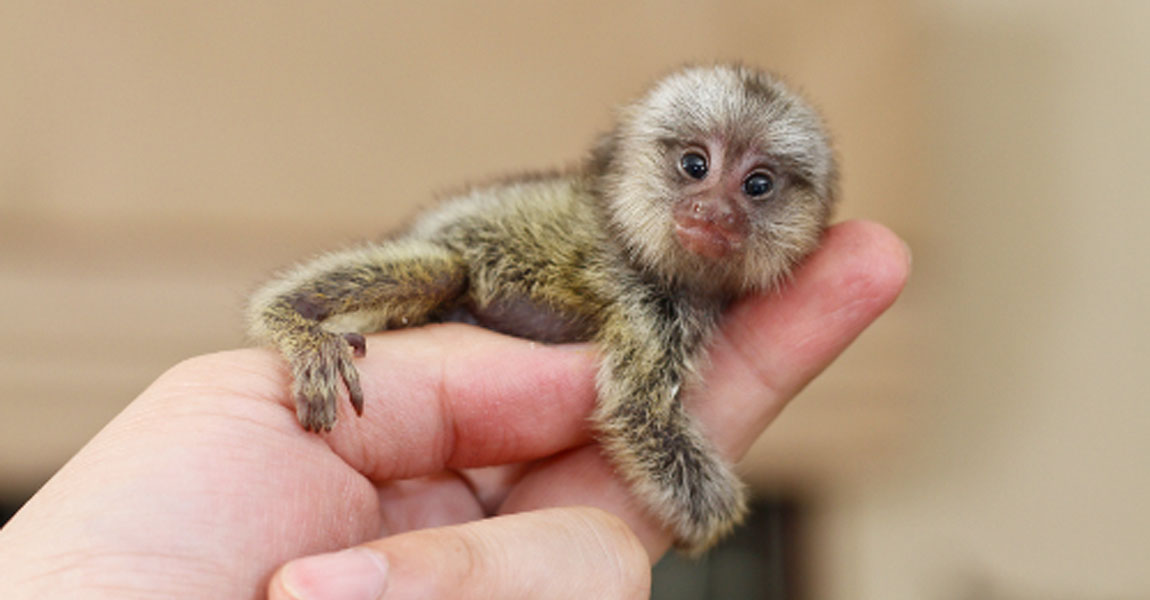 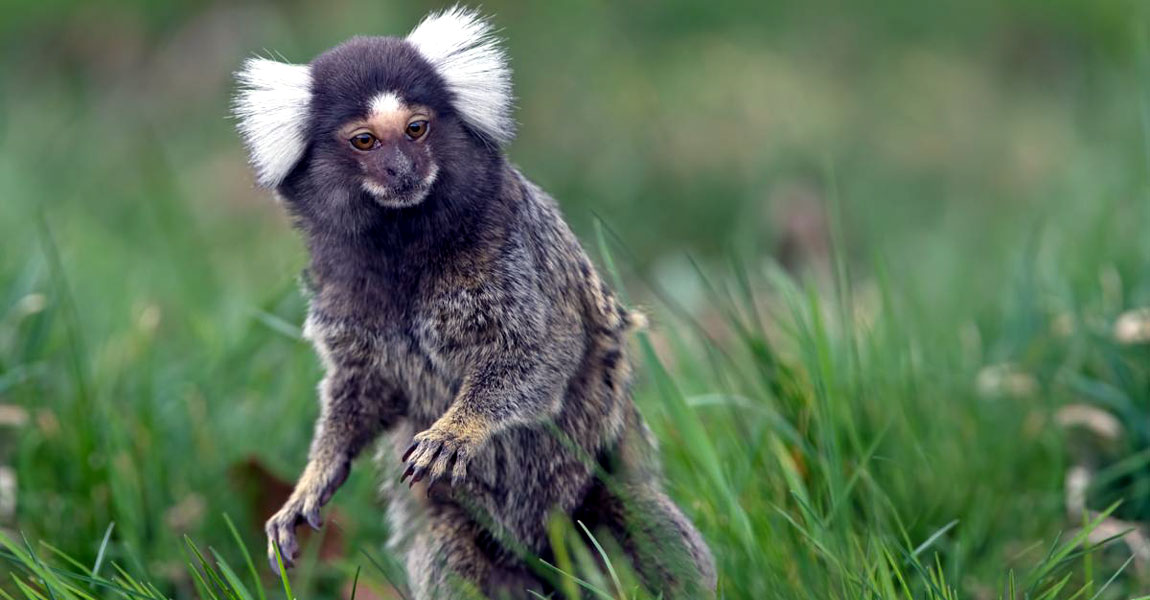 Marmosets are small, South American monkeys that live high up in the canopies of the rainforests. Reaching an average height of 16-19cm and weighing in between only 230-260g, these lightweight monkeys are seen as being relatively primitive in relation to other monkeys as they still have claws instead of nails, except for on their big toe.

This species is made up of 22 different types, but the most likely to be kept as pets are the common marmoset (White-eared marmoset) and black-tufted(eared) marmoset.

The Tufts of hair around the ears - either white or black, respectively, are one of the marmosets main characteristics. Their bodies are usually multicoloured in greys, browns, blacks and off whites sprinkled in patterns. The marmosets tails are banded and their faces are black across their nose skin area and a white patch of fur on the forehead. Infants display a lot more tones of grey and golden brown and their ear-tufts only grow out as they develop.

Marmosets tend to stay in treetops and behave a lot like squirrels, rarely venturing onto the ground. Their tails are usually even longer than their bodies and, unlike other monkeys like capuchins and squirrel monkeys, they cannot use their tails to grasp onto things, but use it as a balance while they leap through the treetops.

Marmosets are day active monkeys and are social animals, usually living in troupes of 4-15 relatives and are very territorial. As they are omnivores, they eat a variety of foods including insects, fruits, small amphibians and reptiles and eggs. These monogamous monkeys can live up to 16 years in the wild.

Unusually for primates, marmosets will normally give birth the non-identical twins. The gestation period is 4-6 months and they can breed up to twice a year. The youngsters in the troupe will share in the responsibility of caring for the young, with the male marmosets often being the main caregivers. When younger marmosets want to breed, they will usually leave the troupe, as being around a monogamous pair will prevent the youngster from sexually maturing.

- Care and monitoring the progress of your Marmoset baby

- A Healthy Diet Plan for your Marmoset monkey

- Poisonous and Safe Plants for Marmoset and Tamarin Monkeys

- enclosures for marmosets and tamarins