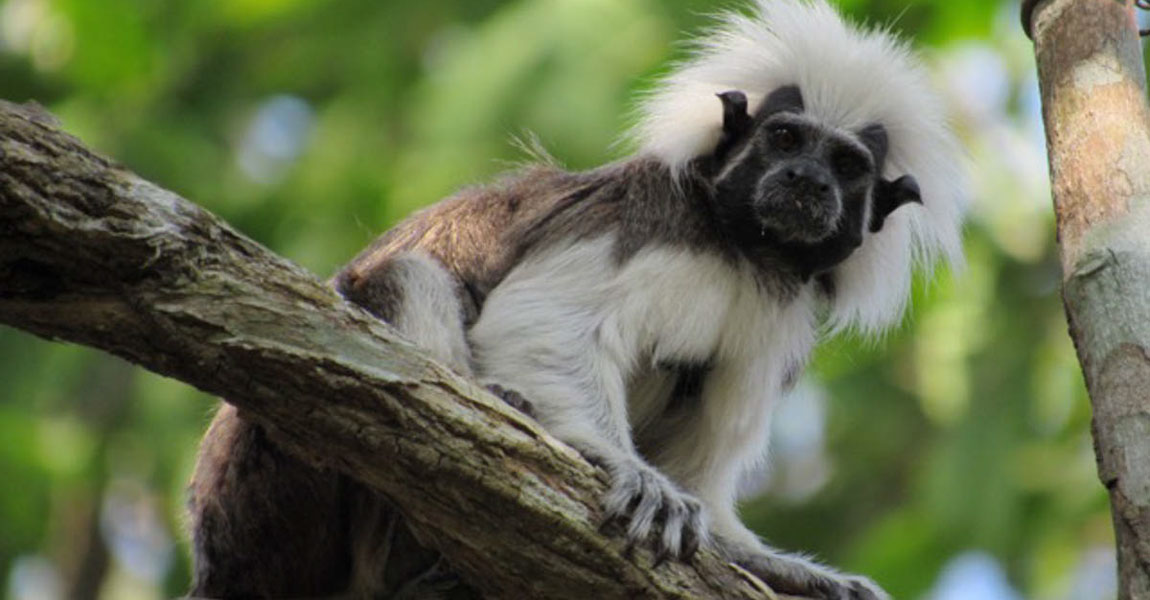 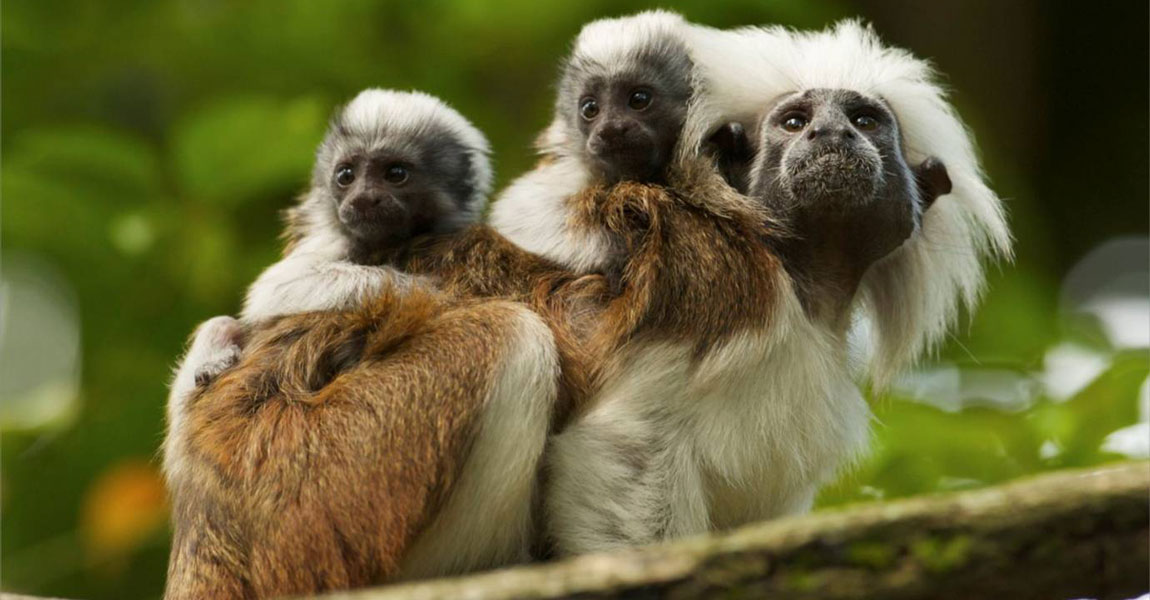 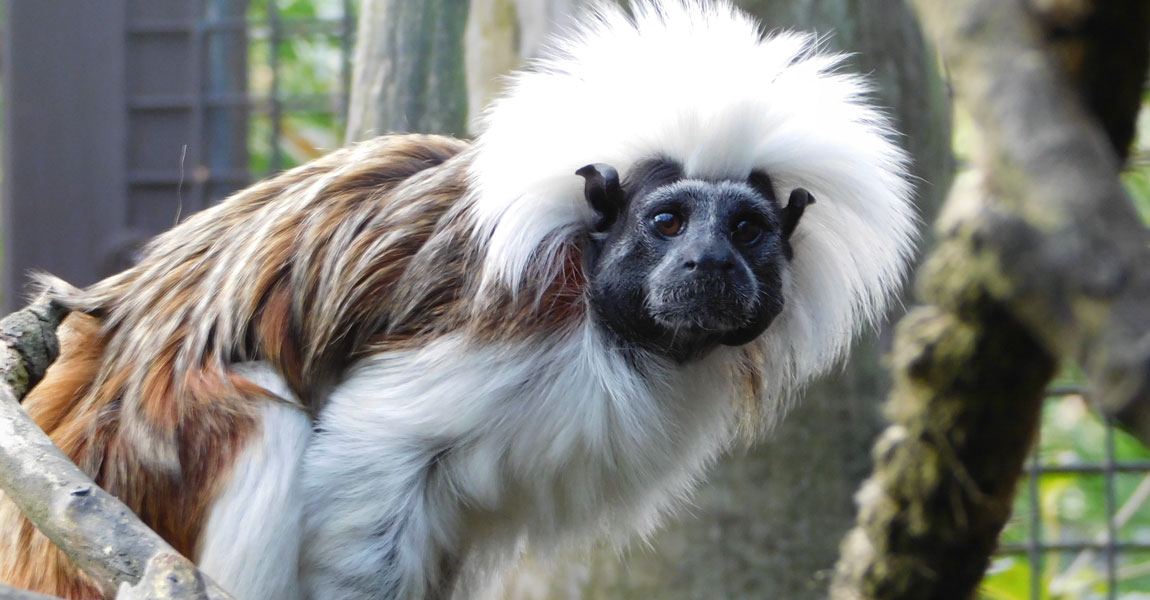 The Cotton-top Tamarin (Scientific name: Saguinus oedipus) is native to the forested regions of Columbia, where - due to deforestation they have lost nearly 98% of their natural habitat and are listed as critically endangered in the wild. The population in the wild is estimated to only be about 6,000 individuals, with only 2,000 of that number being adults. The cotton-top tamarin is a very small monkey normally weighing in under 0.5kg, but makes up for its lack of stature with its majestic coat and hairstyle.

With a long mane of white hair moving back from the top of its head and down onto the shoulders, it is easy to see how this monkey received its name. Mostly they display tones of whitish fur along their undersides and chest, while having brown tones along their backs and the upper halves of their bodies. This colouring has evolved specifically for the tamarin to avoid its natural predators in the wild where they live in the treetops. Birds of prey would struggle to see the rich brown tones from the air, while predators on the ground may mistake its lighter undercoat covering as a cloud in the sky.

These elegant little monkeys display a high level of awareness of their surroundings owing to their size and being constantly on the lookout for predators. They live on an extensive diet consisting of plant materials such as fruits, seeds, certain leaves and also small insects, reptiles and even amphibians

This highly social creature exhibits a wide variety of human-like social behaviours. They form a definite hierarchy within their groups (usually between 2-9 members), where the dominant female and male are the only two that will be a breeding pair. The female exudes certain pheromones which prevent the other females from breeding. This does not change the fact that, once the babies are born (usually 2, sometimes 3) the raising and caring of the babies is handled by every member of the highly cooperative troupe.

Even when sleeping, one member of the troupe will move apart from the other monkeys and stand as a lookout to alert the group to any potential dangers. Wild Cotton-top tamarins have an average life expectancy of 13 years, while those in captivity can extend that all the way up to 24 years

The communicative abilities of the cotton-top tamarin is extensive and have been the subject of many different studies. With a repertoire of 38 distinct bird-like whistles, chirping sounds, high-pitched trills, and also staccato calls, their ability to "speak" is generally accepted as unusually sophisticated and even seems to follow certain grammatical rules.

Good or bad behaviour is also highly regulated in their groups, where benefits to a certain troupe member - be it food, choice seating spots and even cooperation with the other monkeys in the troupe will either be permitted or denied depending on their perceived attitudes. Dominant females may even kick subordinate females out of the group just out of spite.