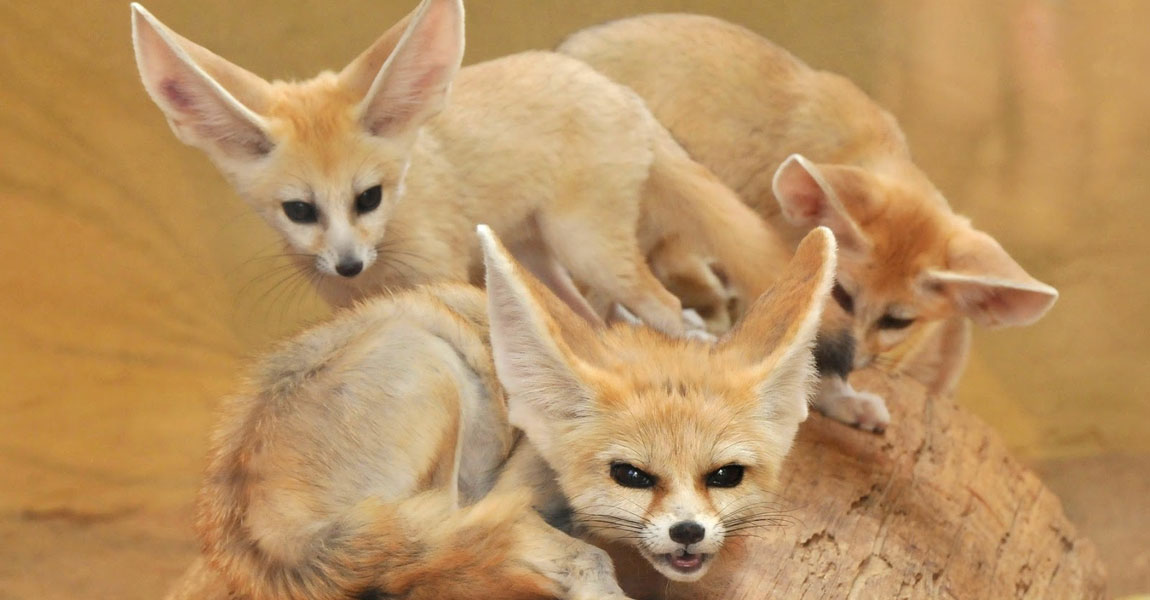 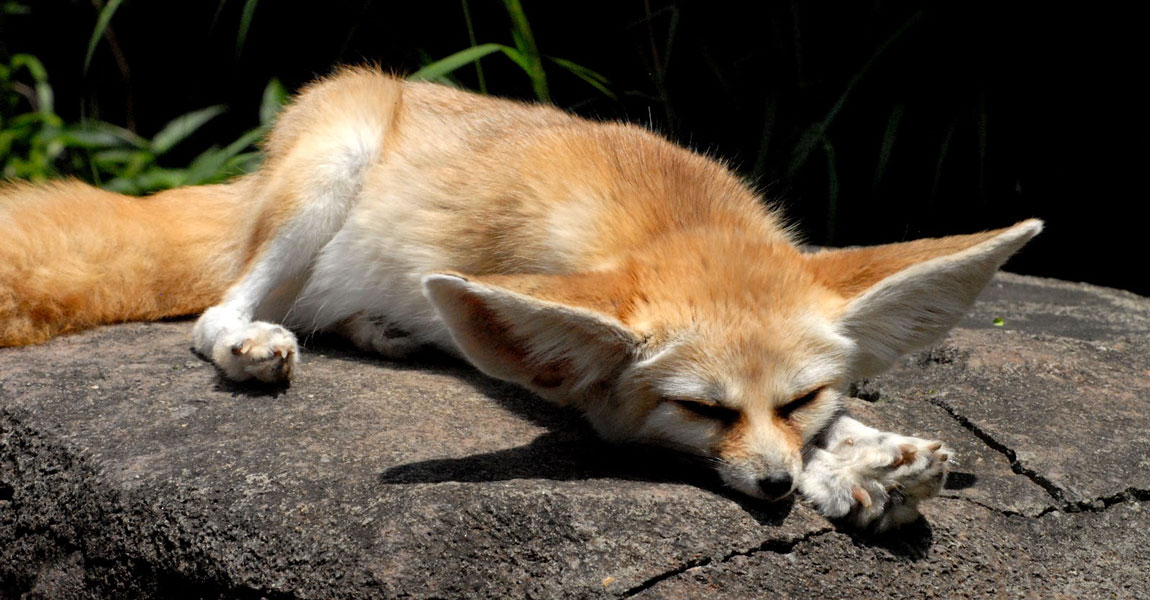 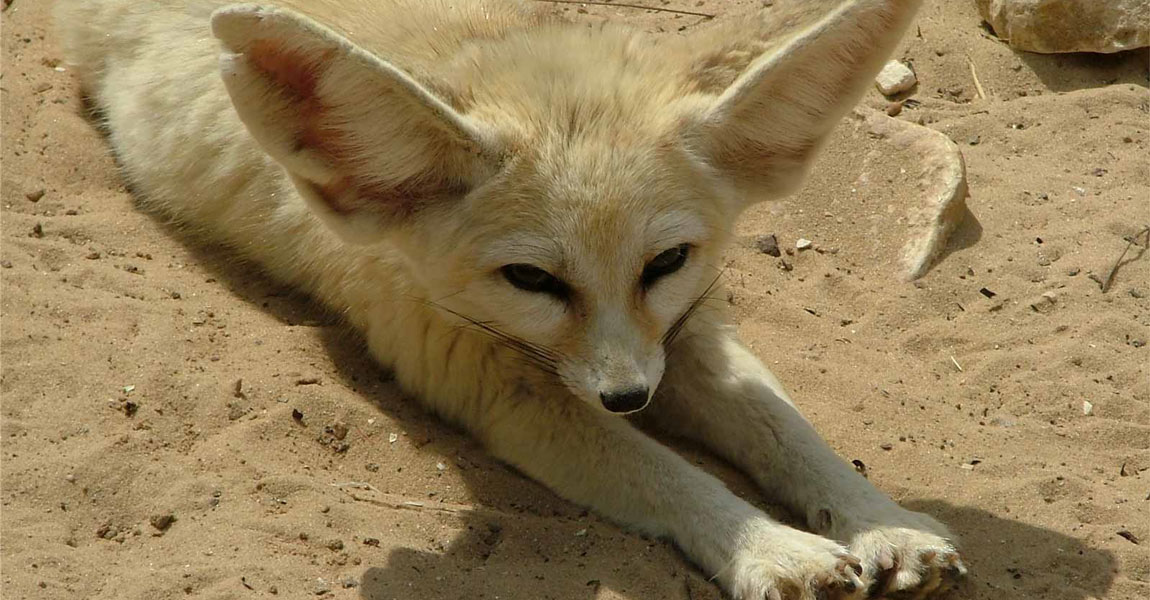 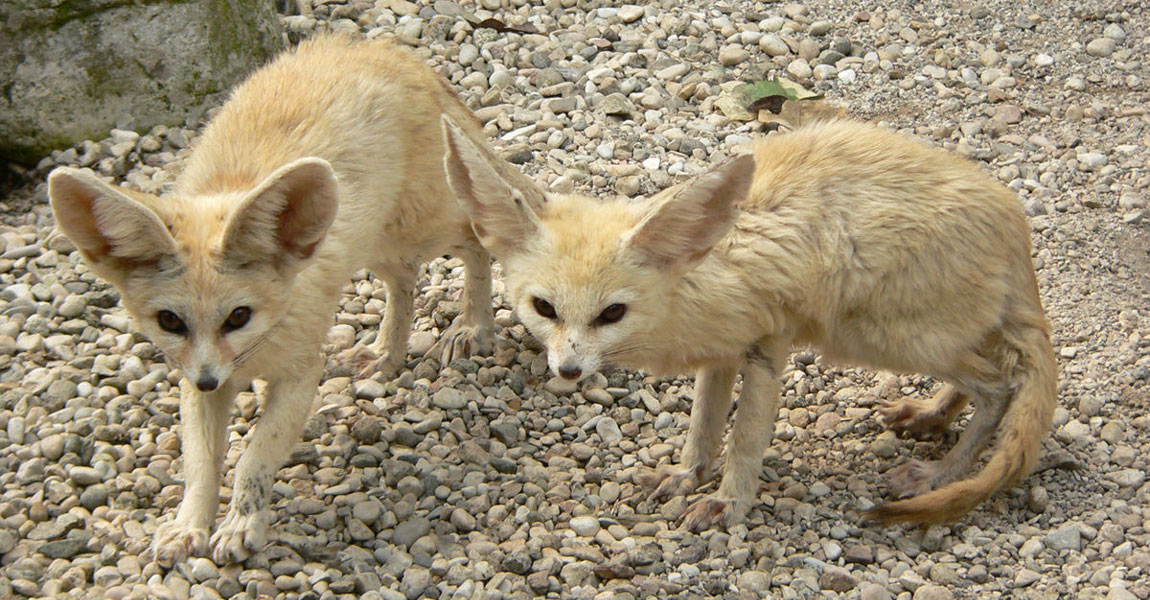 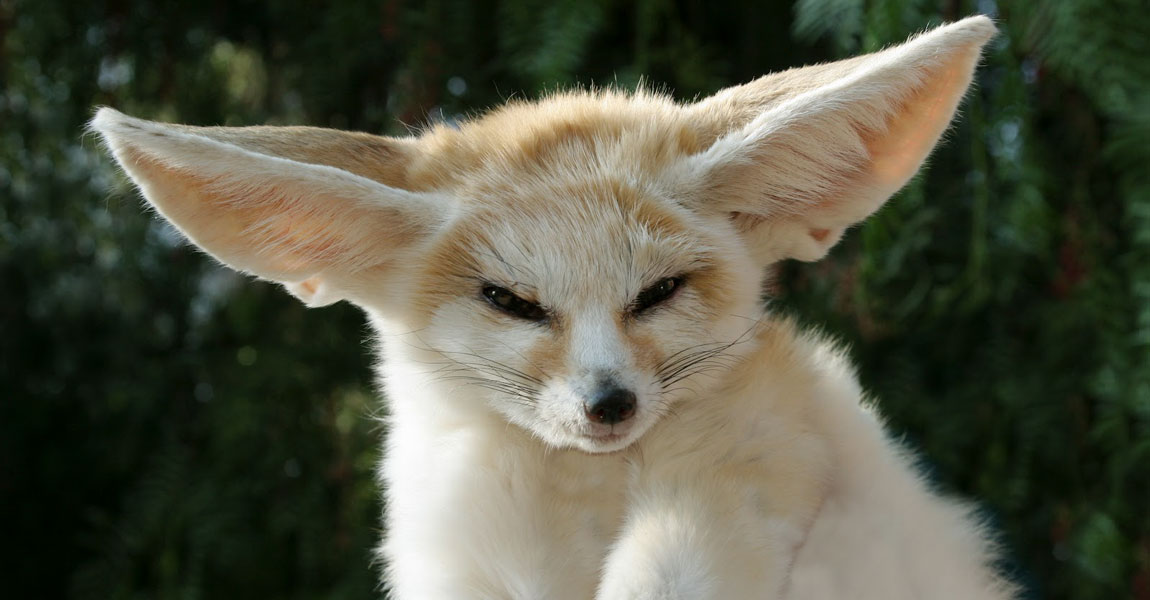 Native to the Sahara Desert, the fennec fox usually grows to around 34-40cm long with tails around 25cm long. They usually only weigh between 1-1.3kgs, which makes them one of the smaller members of the canid family.

One of the most distinguishing physical characteristics of the fennec fox is its unusually large ears. These have evolved in this way to allow the fennec to hear its prey even when the hunted animal is still underground in its burrow, and also help the fox to dissipate the heat of the desert. In the Wild, the fennec fox feeds mainly on insects, small mammals and birds.

Living about 10 years in the wild - and can live above 14 years in captivity. Even though they are also predatory animals, they still have natural predators. Eagle owls and jackals are the most common predators that prey on these foxes

Families of fennec foxes will usually stay together in a large familial barrow. These barrows will normally join onto the burrows of other nearby families. This suggests that there is a firm social structure to these beautiful animals, but most interactions between multiple foxes have only been observed in captivity - owing to the infrequency of sightings.

This stunning straw-coloured fox has dark eyes, a black nose and a black tip on its tapered tail. The edging along its large ears is usually white, with a darker hue along the back. Dark stripes run along the side of their slender muzzles.

Fennec foxes are highly prized for their luxurious fur and distinctive look - which is very different from other breeds and because of this, they have been become quite popular as Exotic Pets.