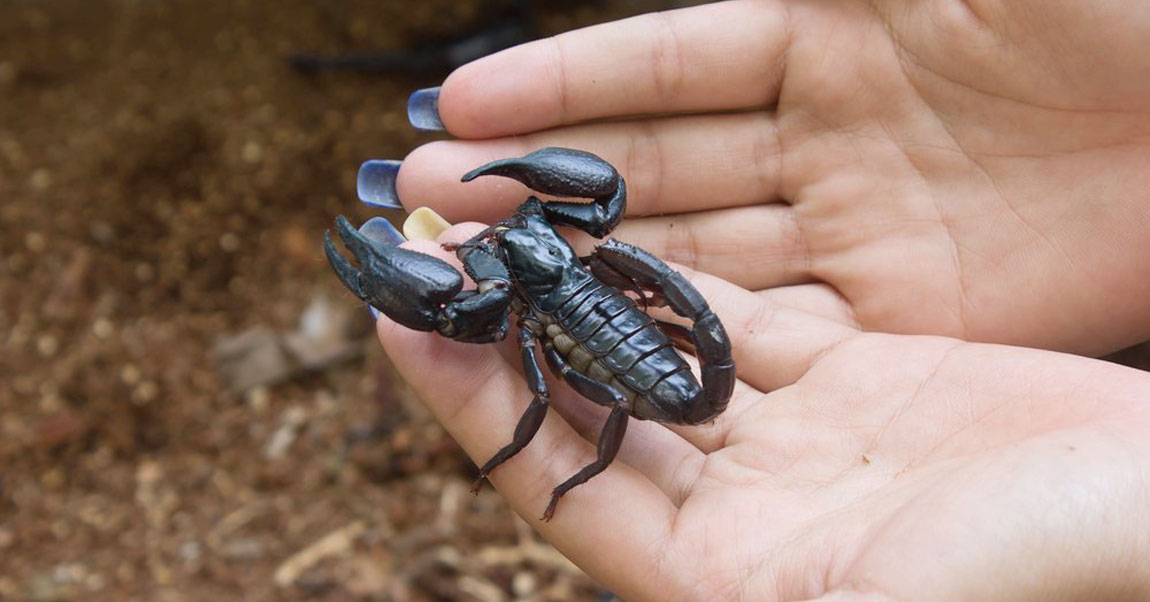 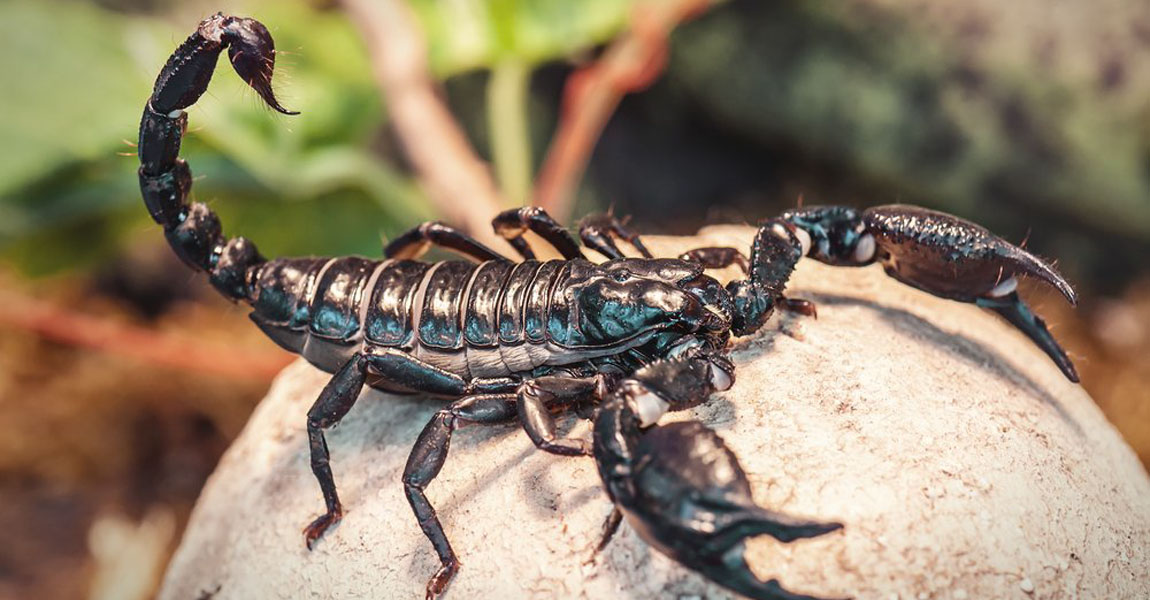 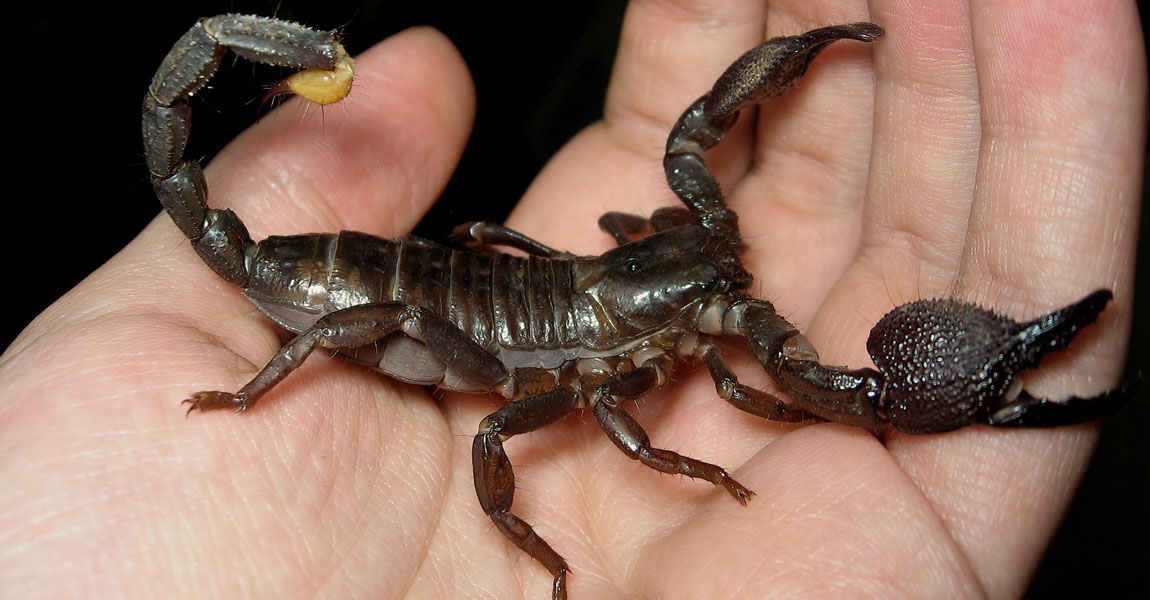 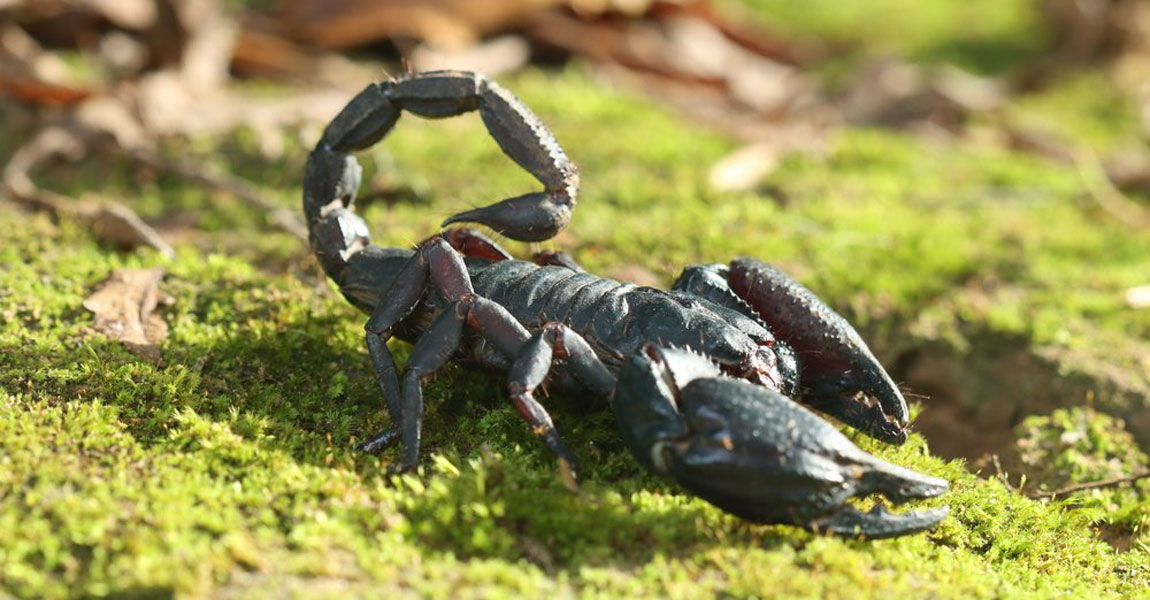 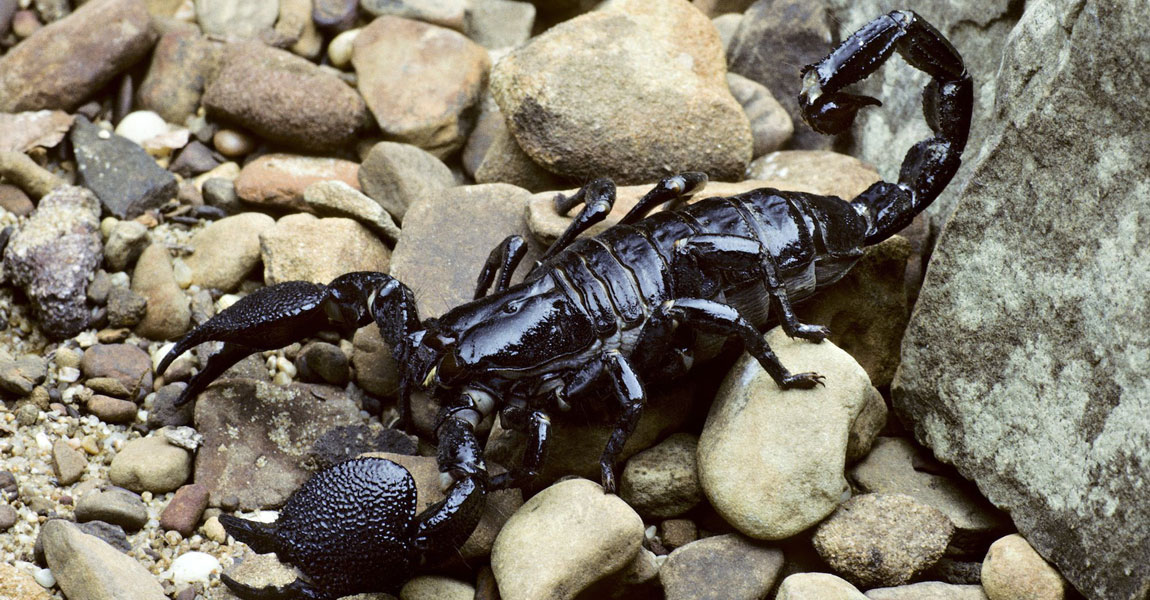 Scorpions are highly adaptable and can now be found on every continent except for Antarctica. These arachnids, which can vary in size anywhere from 9mm to an astounding 23cm, are easily recognisable by their pair of claws in front and segmented narrow tail which is often curved over its own back and ends with a venomous stinger.

Most species of scorpions do not represent a threat to humans and a healthy adult would usually not need any medical treatment after a sting. Only about 25 species have venom capable of killing a human.

Most scorpions will find shelter during the day and are generally nocturnal as they may be attacked by other arthropods like ants, spiders and centipedes. Some of their main predators are frogs, snakes, lizards, birds and mammals.

When scorpions feel threatened, they will raise their claws and tail to defend itself from the threat. Scorpions are opportunistic feeders and their prey depends on the size of the scorpion. Common prey for scorpions are grasshoppers, crickets and beetles. Scorpions catch their prey with their claws and smaller animals are merely killed with these, particularly by large-clawed species. Larger, or more aggressive prey, is stung by the tail, which can happen as quickly as 0.75 seconds.

Under certain wavelengths of ultraviolet light, scorpions glow a ghostly blue-green colour. This is due to the fluorescent chemicals that are found in the scorpions. This unusual aspect of the scorpion has made a blacklight a standard tool in finding scorpions at night.

Mythologically, it is said that Gaia, trying to kill Orion, the hunter who had said he would hunt all animals to extinction, once sent a giant scorpion. The ending varies with who won that dread confrontation, but Orion and the Scorpion both became constellations in the sky. Placed on opposite sides of the world in eternal combat.