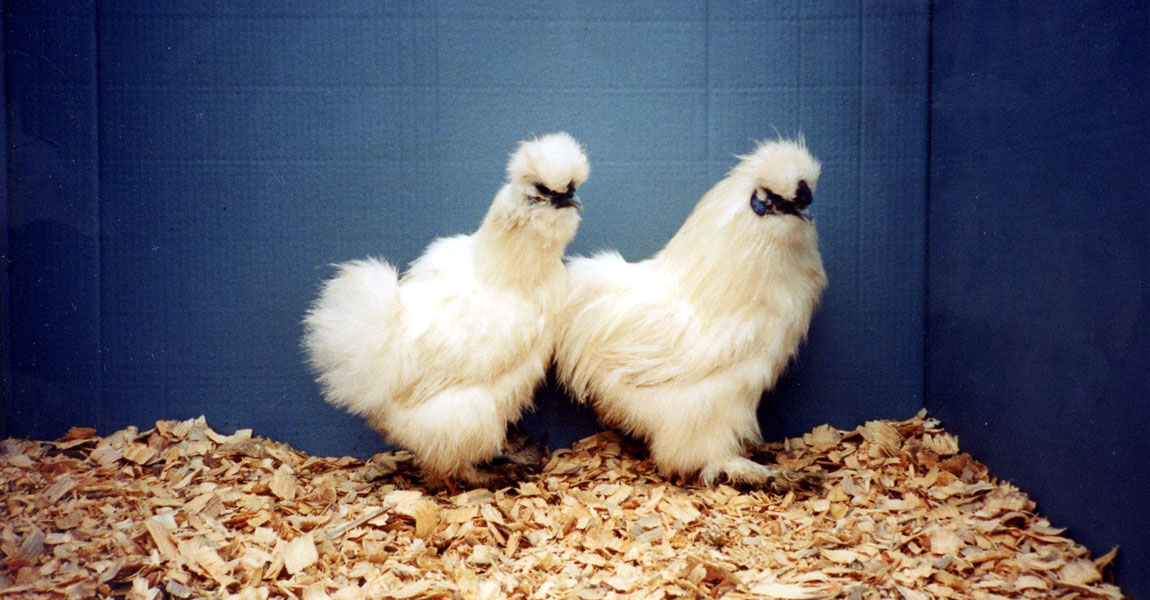 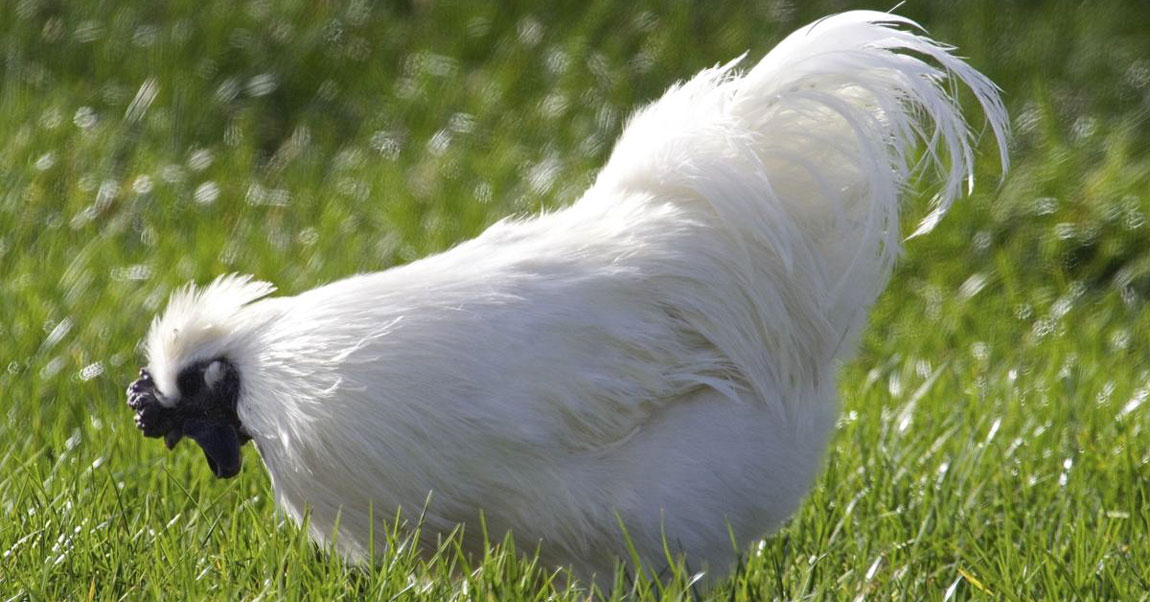 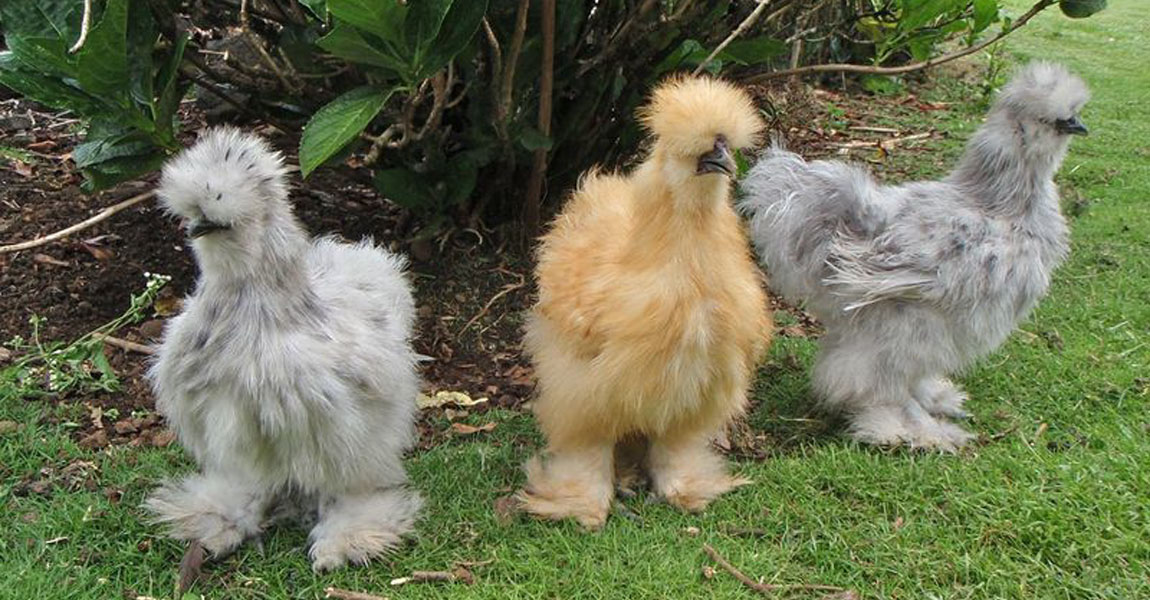 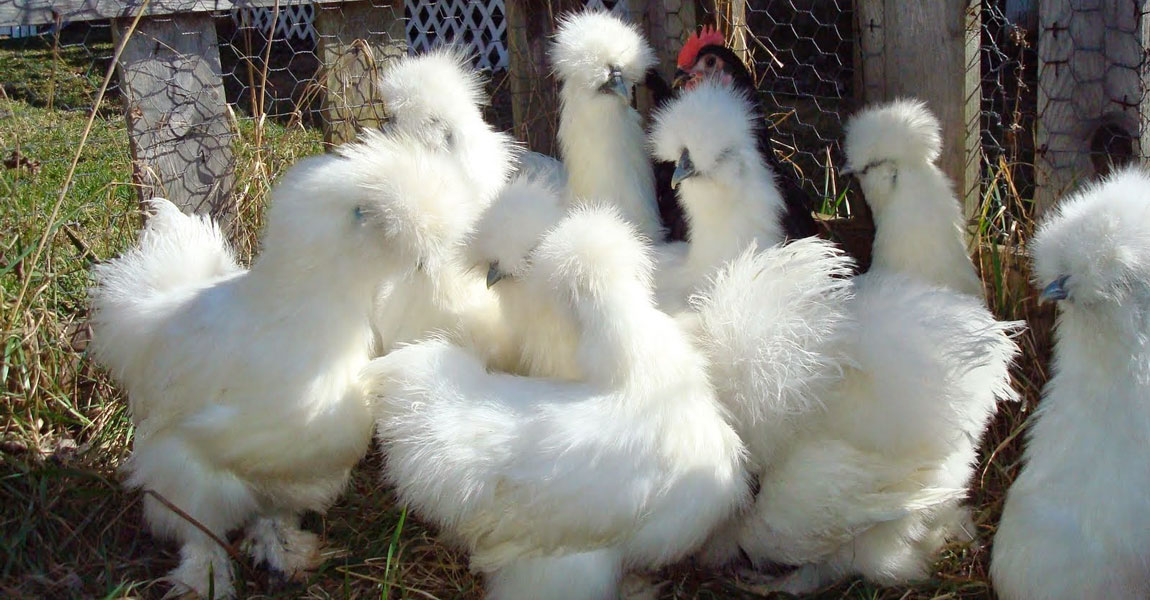 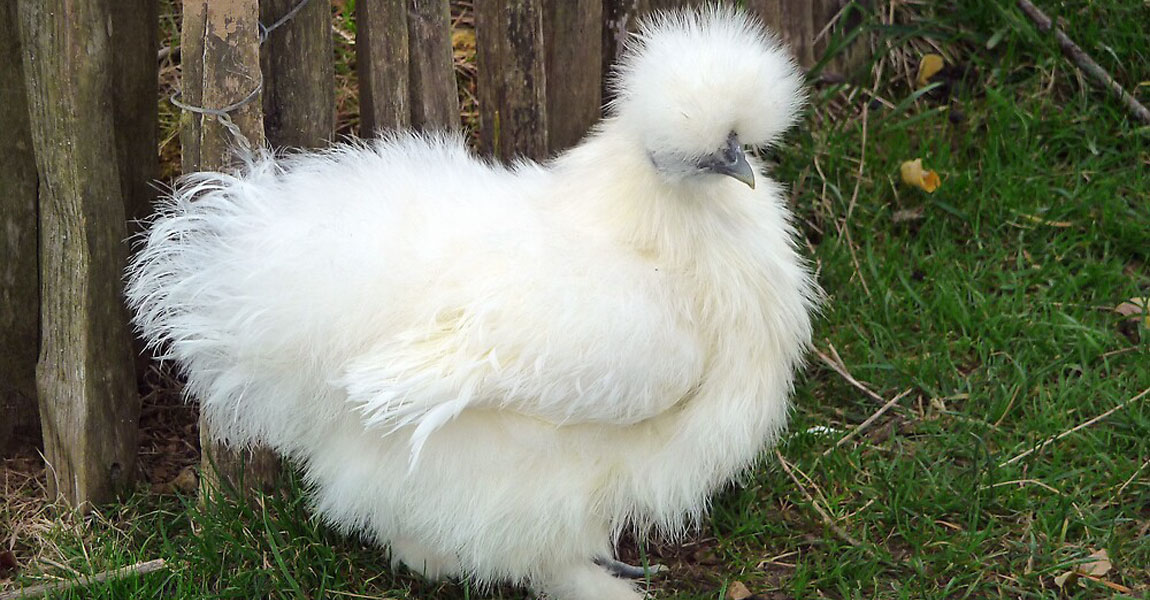 The Silkie chicken is a breed of chicken named for its unusual fluffy plumage that feels similar to silk or satin. Standard Silkies are relatively small chickens with the males weighing only around 1.8 kg and the smaller females weighing around 1.36 kg.

These exhibition birds are unique and have several unusual qualities. They have black skin and bones, blue earlobes and five toes, while most other chickens only have four. They are often used in poultry shows and appear in various colours. The standards of perfection for these shows require that all silkies have a small walnut-shaped comb, turquoise-blue earlobes and dark wattles.

Besides their unique physical characteristics, silkies are also known to be calm and extremely friendly. They are very good around children, handle confinement well and are very easy to keep as pets. The hens are also extremely broody - or mothering - which is a trait that has been bred out of most chickens that are used for egg laying, to make collection of eggs easier.

Silkies lay produce around 100 eggs in an ideal year, and even though they do lay a fair amount, silkies will often be used to incubate and hatch eggs from other breeds and bird species such as quail, ducks and geese owing to their broody nature.

The Standard of Perfection in North America officially recognised silkies as a breed in 1874, after they had arrived from the East. Once they had become more widespread in the Western World, silkie chickens had a host of myths about them. Buyers were often told by early Dutch breeders that silkies were a cross between chickens and rabbits. Silkie chickens were also advertised in many shows as having actual fur instead of feathers.