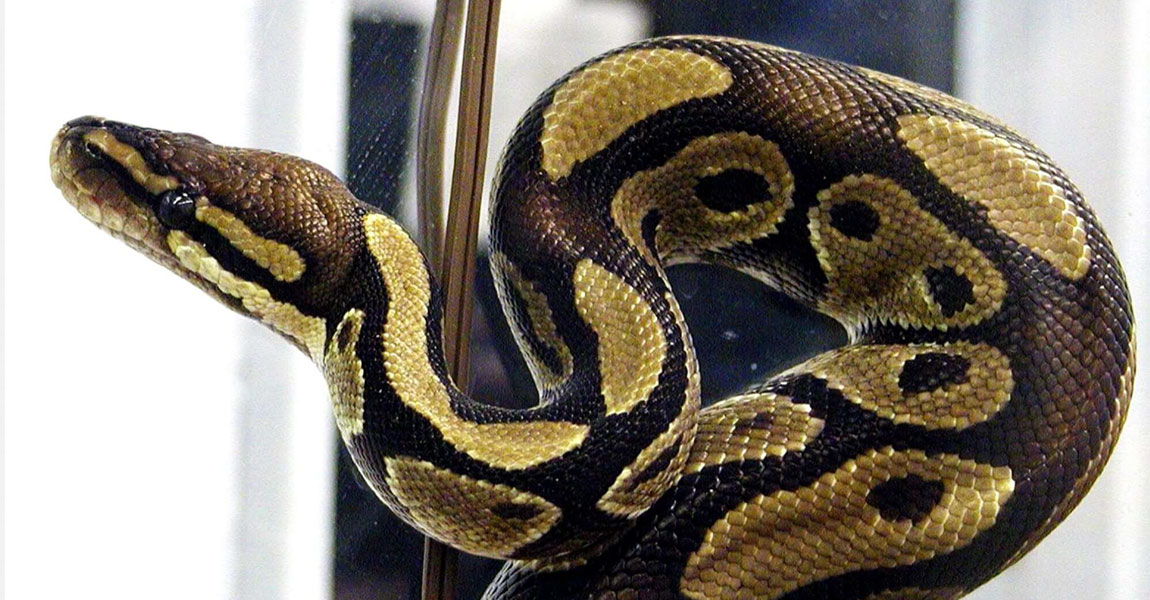 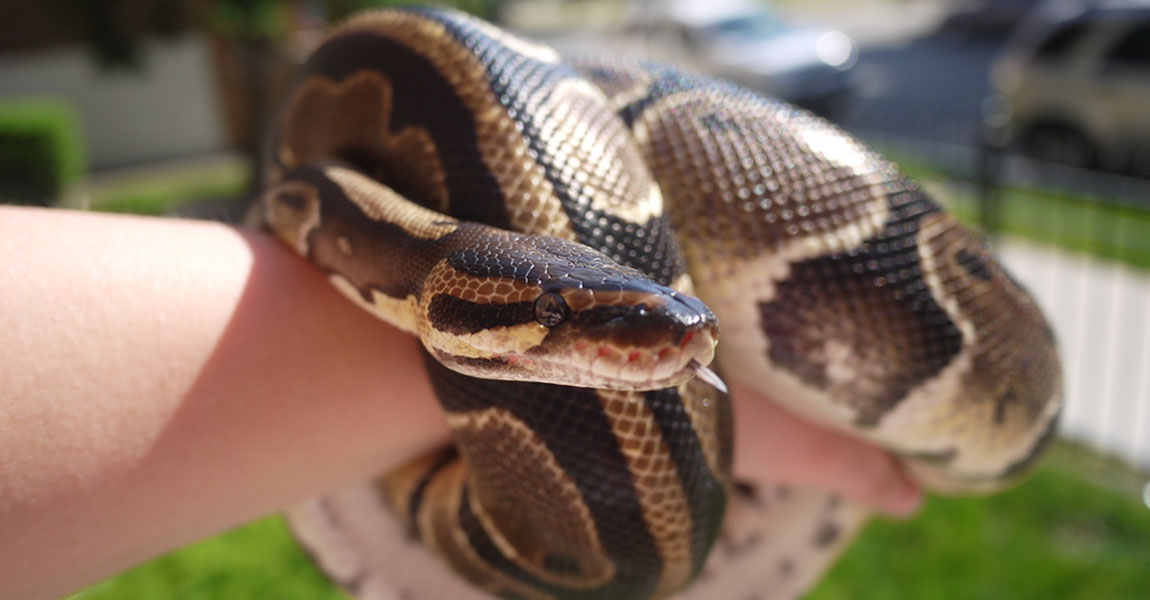 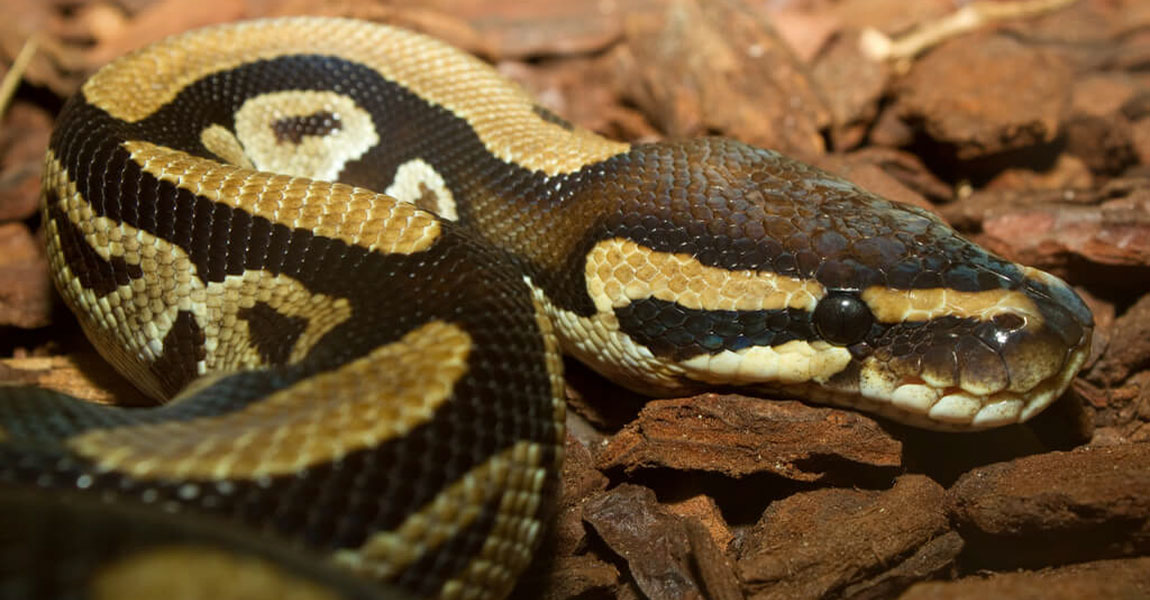 The Royal python (Scientific name: Python regius), also called the ball python and native to the grass and shrublands of West and Central Africa received its common name "ball python", because of its tendency to curl tightly into a ball when it is frightened or feeling stressed. This stocky snake can reach an adult length of around 182cm and can weigh around 1.4-1.6kg's.

The common patterning and colouring of a ball python is black or dark brown with sections of lighter brown on its back and sides. Its underbelly is white or cream and has scatterings of black markings.

These placid snakes - which prefer to evade threats instead of attacking, are considered to be good pets. Their relatively small size and calmness make them snakes that are easy to handle. It is recommended that the size of the enclosure should always allow the snake to stretch out to its full length without any bends or kinks. As your snake grows, this is an easy way to figure our if your enclosure is still big enough for your pet.

Ball pythons can live for up to 60 years and their diet depends completely on the size of the snake, with most accepting mice or rats as their common food source. In the wild, small mammals such as mice and shrews, and smaller species of birds would also be the most common prey

One of the most commonly bred reptiles in captivity, a usual clutch of snake eggs can range anywhere between 1-11. Ball Pythons reach their sexual maturity at around 2 and a half years and will typically lay one clutch of eggs a year which will hatch after around 60 days. Ball pythons are usually bred for specific patterning and - owing to their popularity as breeding snakes, over 6500 different patternings, or "morphs", currently exist.