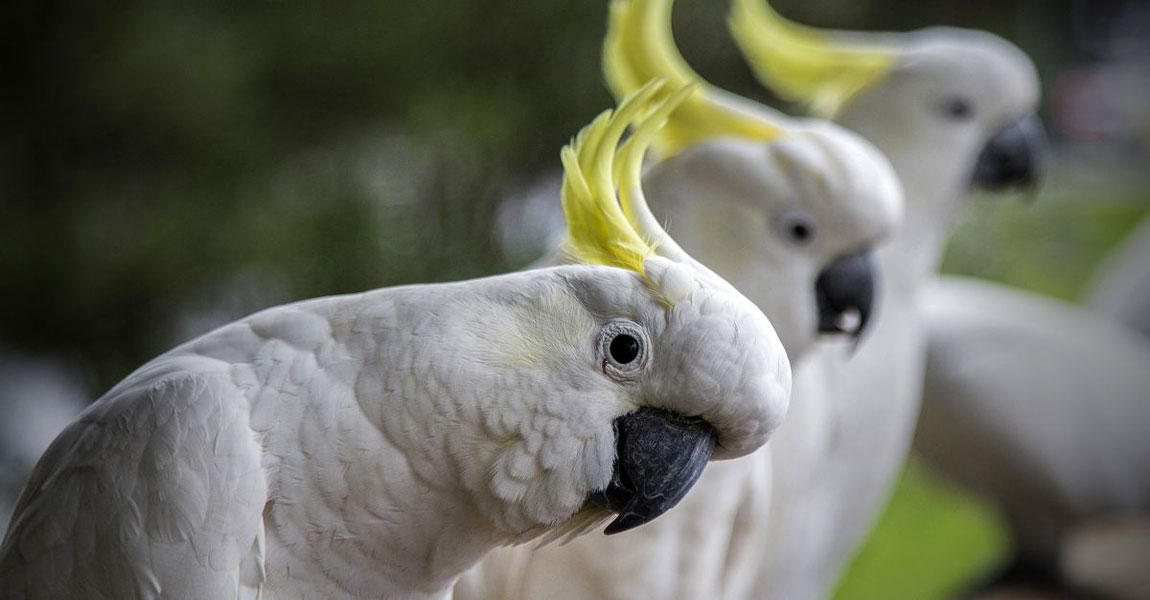 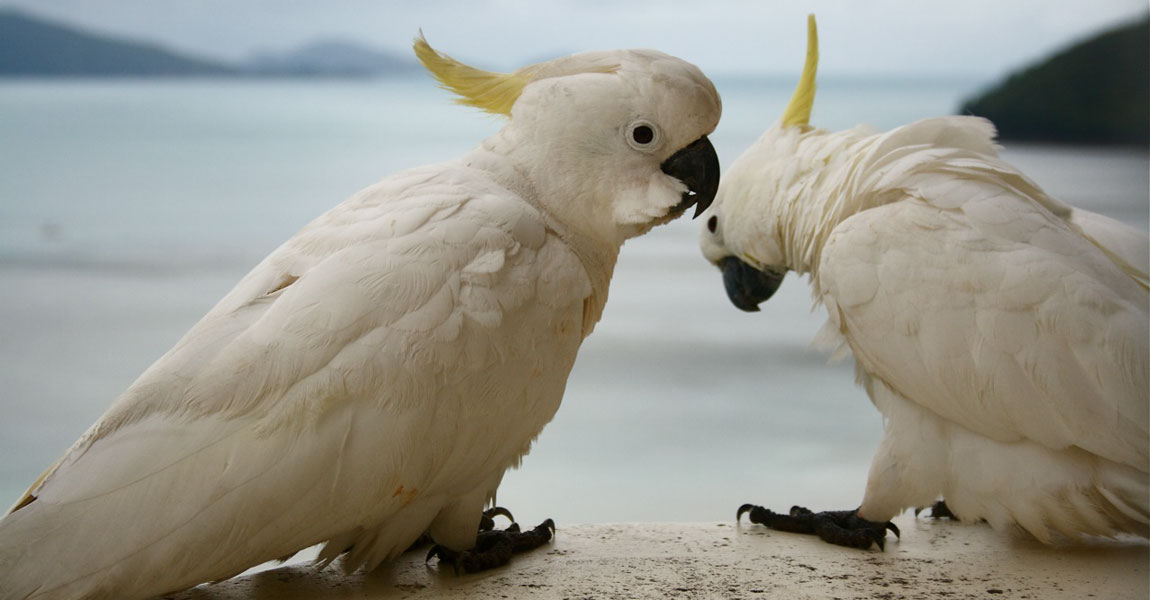 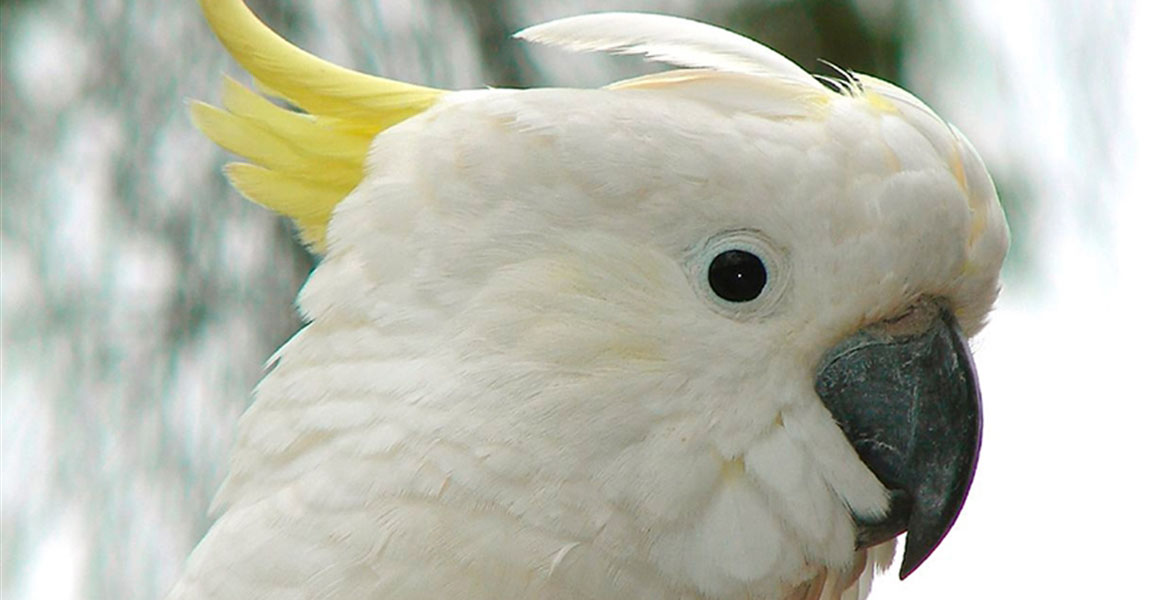 Mainly found in the wild in Australia, Cockatoos - which range from 30–60cm in length and weigh in between 0.3–1,2kg and are quite stocky. The one exception to this, the cockatiel, is much smaller and slimmer than their bigger species members. The cockatiel measures up to 32cm in length (including its long tail feathers) and weigh in at only 80-100g.

With their curved bills and attention-grabbing crests, members of the cockatoo family are very easily recognisable. Larger than nearly all other species of parrot, the cockatoos plumage, however, is usually less colourful, mainly tones of white, with highlights of colour featuring in their cheeks, tail and crest. Their headcrest is spectacular in the way that these birds raise it when they land from flying or when they are aroused.

These monogamous birds, which nest in the hollows of trees, are popular pets and are very social, especially with one another. They frequently preen their feathers and will even help fellow birds to preen those hard to reach places. This preening helps to remove oils and dirt and keep them looking their best.

Cockatoos prefer to eat seeds, corns, fruit, flowers and insects. In the wild, they often feed in quite large flocks, particularly when ground-feeding. Their long wings are very broad and can be used to fly quite rapidly, with speeds of up to 70 km/h having been recorded.

Cockatoos are very affectionate with their owner and other people in certain situations but they do demand a lot of attention. They are intensely curious and they require a large supply to toys and objects to chew on and to tinker with. If they don't recieve the attention they are looking for, they can exhibit destructive behaviours and may even begin to pluck their own feathers.

Cockatoos are not usually prone to mimicking human speech, and their calls can sometimes be quite loud and harsh. They use these calls to keep track of one another and as an alert call in case of predators. The use of different calls and the number of calls used varies by species of cockatoo. These large and majestic birds can live anywhere between 30-70 years, with their smaller family member, the cockatiel, living for about 20 years.

SPECIALIZED CARE - How to raise a well adjusted Cockatoo. - How to keep your Cockatoo entertained. - How to Teach a Cockatoo to Talk.