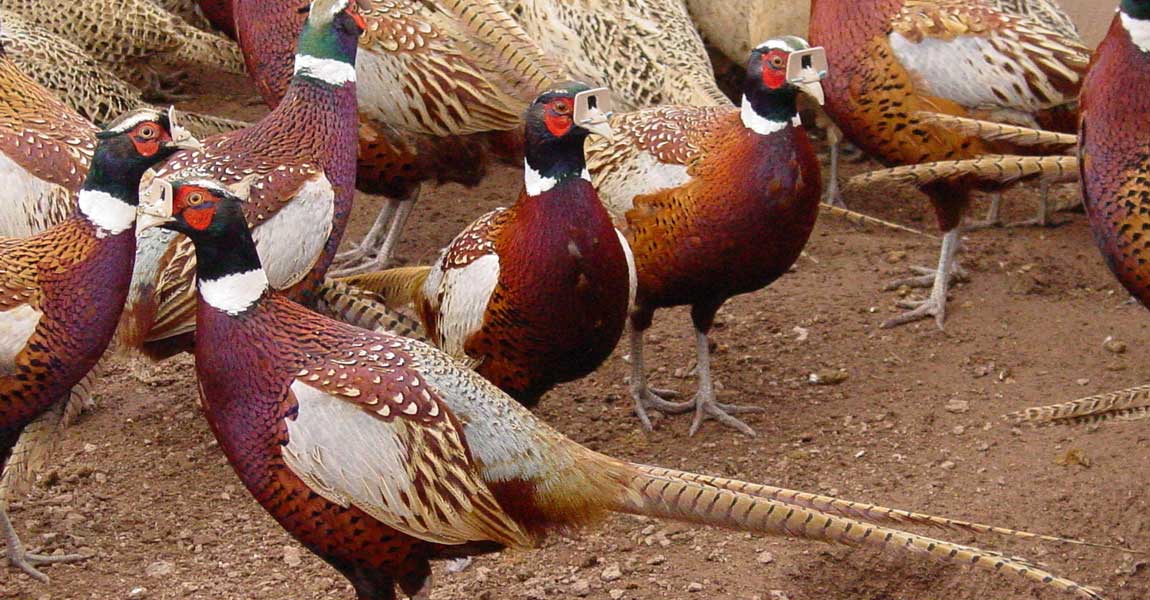 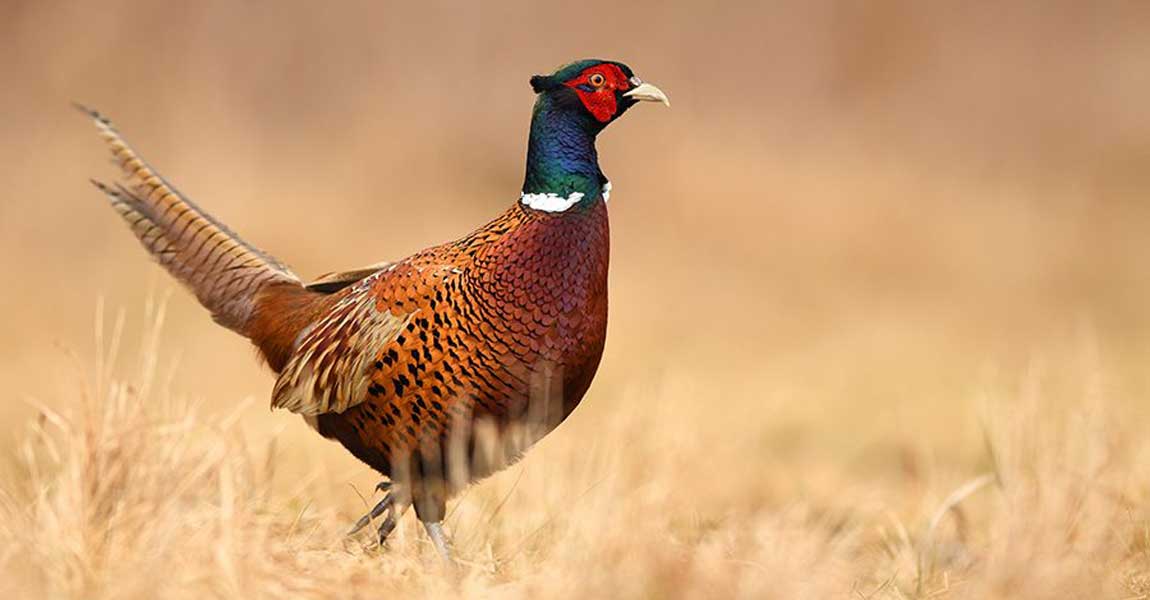 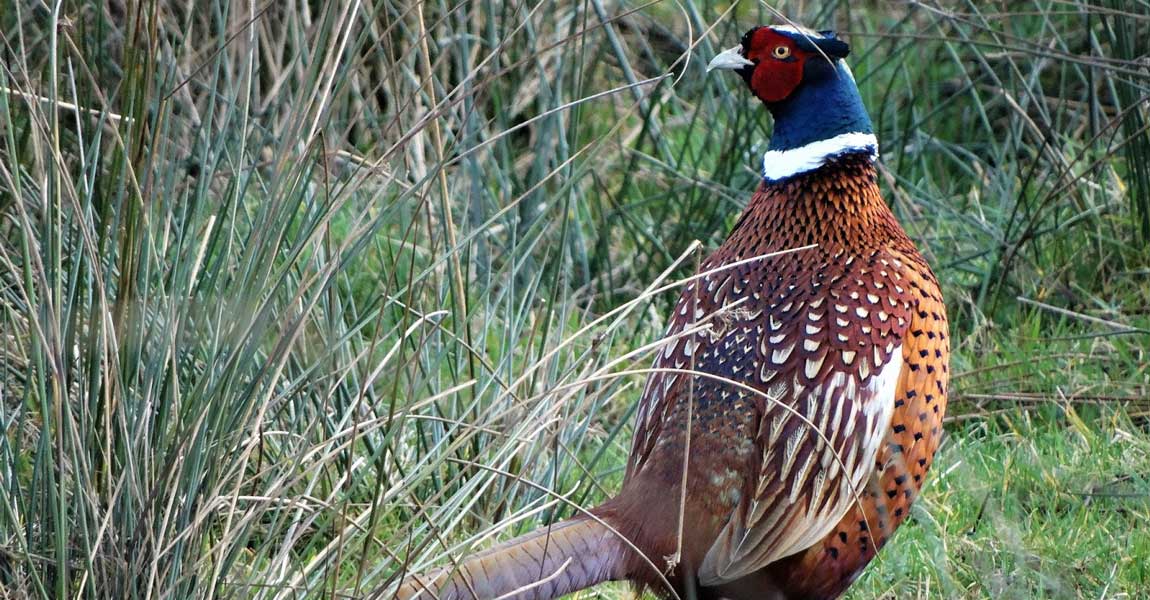 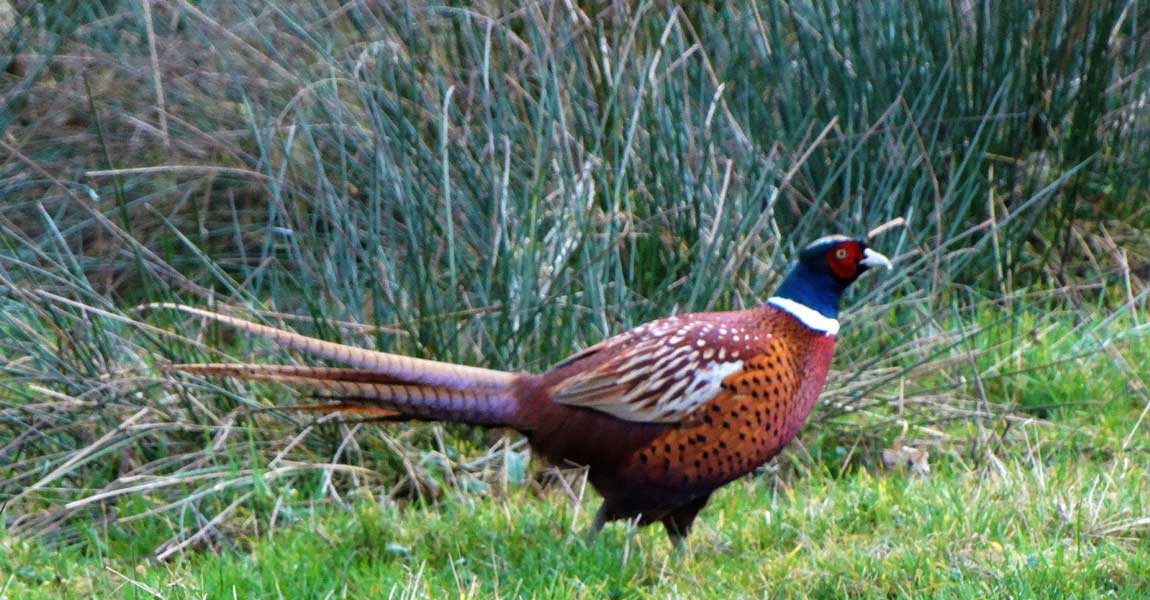 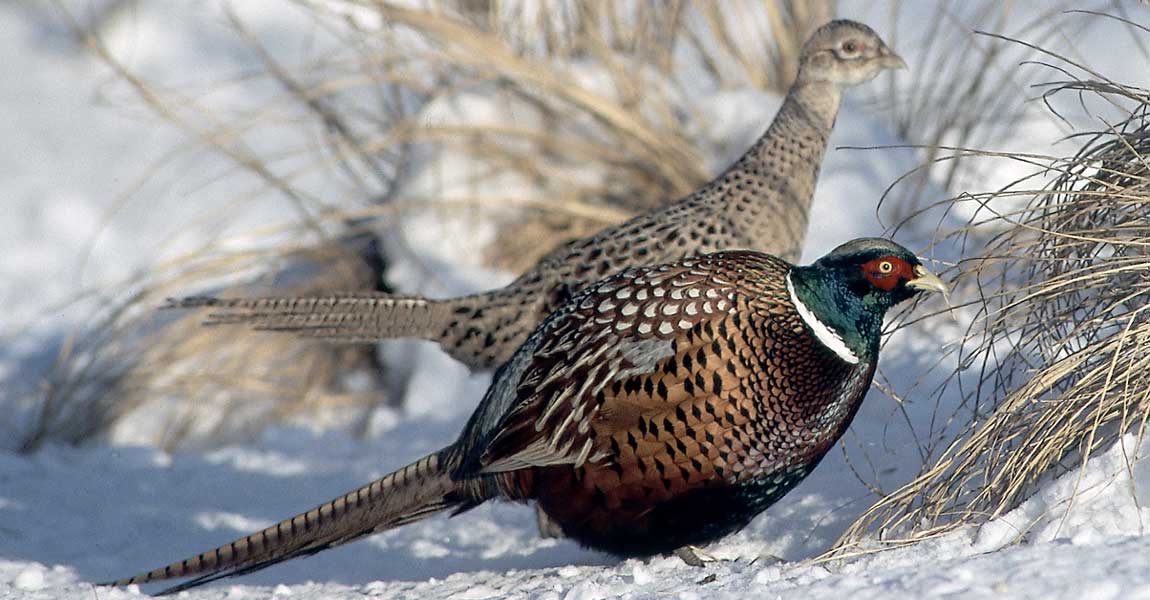 Pheasants are a gamebird that initially originated in Asia, but are now found throughout the world in introduced populations. They can range anywhere between 50-89cm in length while their usual weight is between 0.5-3kg, depending on the species.

Male pheasants are a lot more colourful than the females. This characteristic (called dimorphism) is found in a number of other bird species too. Their bright colouring is used in mating rituals to attract a females attention. Females and juveniles, however, are more of a mottled brown colour and are less showy than the males.

These gamebirds are still the most hunted birds today and this stigma has prevented people from realising that they also make unusual, but very good pets. An average clutch of eggs that will be produced after mating is around 8-15 eggs. The incubation period for these pale olive coloured eggs is between 22-27 days. The hatchlings grow extremely fast, being able to fly within 12-14 days, and resemble full fledged adults in as little as 15 weeks.

Pheasants eat a variety of animal and vegetable based foods. They will hunt lizards, insects, caterpillars, worms and the like, and also feed on fruits, seeds, grains and berries. Pheasants also interact well with other poultry, such as chickens.